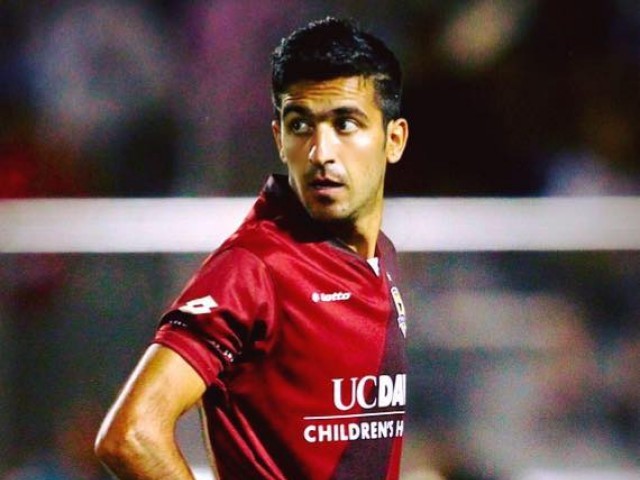 KARACHI: K-Electric (KE) are through to the semi-final of the National Bank of Pakistan (NBP) President’s Cup after defeating Karachi United FC 4-1 at the KPT Stadium on Tuesday, with Kaleemullah at the double.

After a goalless first half, the game changed on its head due to the introduction of KE skipper Essa Khan at the break. Three minutes in, he had provided the opener to Mehmood Khan.

Tulsa Roughnecks striker Kaleemullah, playing with KE during his break from the United Soccer League, doubled the lead nine minutes later and then finished the game as a contest in the 70th minute with his second strike.

Karachi United replied with a goal from Noman Ahmed in the 82nd minute but Muhammad Rasool sealed the win for KE just three minutes later.

Kaleemullah, however, is disappointed with the level of football on display. “It’s a great opportunity for me to play with KE,” Kaleemullah told The Express Tribune, before expressing his disappointment at the lack of progress. “This is the first tournament I’m playing with Pakistan Premier Football League (PPFL) teams since 2013 but little has changed.”

The young striker then went into further detail. “We haven’t really made much improvement in our footballing culture or even the standard of the game; all the departments and clubs still play the same way. Karachi United have improved, but again we aren’t making much progress as a whole.”

The former FC Dordoi striker said politics within the Pakistan Football Federation (PFF) have forced players to compete in local tournaments that have few long-term benefits and that the tournament’s prize money of Rs100,000 is embarrassingly low.

“With this prize-money, it is almost embarrassing to play,” he said. “This kind of amount is given in the smaller tournaments that take place in little towns — not at a competition that is featuring the top sides of the country, but then again footballers have no choice.”

KE will now face Kaleemullah’s former club KRL, who thrashed KPT 3-0 in the second quarter-final of the day as Muhammad Imran scored twice.