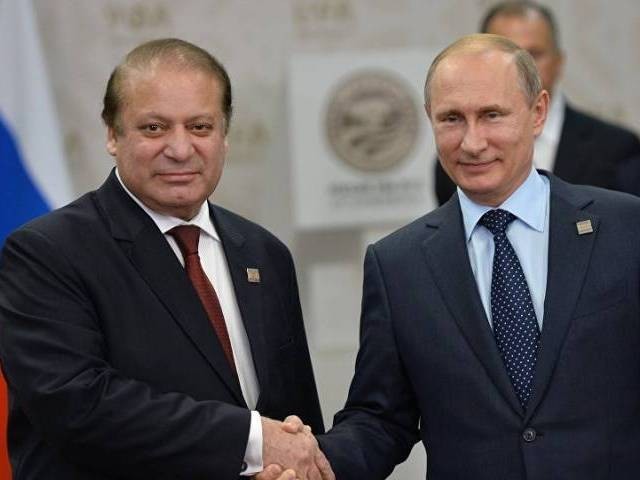 ISLAMABAD: In a major indication of Pakistan’s foreign policy shift and emerging regional alignments, the Foreign Office has informed the federal cabinet that it has ‘no objection’ to an agreement between Pakistani and Russian firms for provision of LPG air-mix plants.

Islamabad and Moscow, bitter rivals of the Cold War era have agreed to deepen cooperation in the energy sector and will jointly set up LPG air-mix plants in Pakistan in an effort to tackle a chronic energy crisis in the country.

Almost a year on, govt fails to set LPG prices

Islamabad has started giving priority to deals with Russia despite the fact that there are US sanctions on the Russian firm nominated to implement the projects in Pakistan.

For establishing the LPG air-mix plants, Moscow has nominated RusGaz Engineering. Earlier, Russia had nominated RT Global to lay the LPG pipeline in Pakistan but the United States imposed sanctions on this entity which caused a delay in implementing this project.

The two countries are now working closely and have signed a government-to-government agreement for laying the North-South pipeline from Lahore to Karachi for LPG supply. But a commercial agreement has not yet been inked.

The Foreign Office informed the federal cabinet in its Dec 15 meeting that it had ‘no objection’ to the agreement from a ‘political point of view’.

The cabinet was told that during a recent visit of Petroleum Minister Shahid Khaqan Abbasi to Moscow, the Russian minister for energy had shared an approved draft of government-to-government agreement for setting up the LPG air-mix plants on an engineering procurement, construction and finance (EPC-F) basis.

The major part of the LPG air-mix plants would be funded by the Russian side against the sovereign guarantees of the government of Pakistan on the EPC-F basis. The nominated companies from Russia and Pakistan would be Rus-Gaz Engineering and Inter-States Gas Systems Limited (ISGL) respectively.

The cabinet was also informed that approval of Prime Minister Nawaz Sharif was sought for initiating negotiations on the inter-governmental agreement and the PM office had directed to place the matter before the cabinet as a priority agenda item.

The approval of the cabinet was sought for initiating negotiations on inter-governmental agreement between Russia’s Ministry of Energy and Pakistan’s Petroleum Ministry for setting up LPG air-mix plants.

Pakistan’s state-run gas utilities have a huge pipeline network to provide locally produced natural gas to consumers across the country, but they fall way short of meeting the growing demand. The LPG air-mix plants will discourage the laying of new pipelines. Already, Sui Southern Gas Company (SSGC) has set up LPG air-mix plants in Balochistan.

Panamagate case: SC urges parties to stop fighting it out on media