The US presid­ent has fulfil­led one of his promis­es from his campai­gn
By Reuters
Published: January 23, 2017
Tweet Email 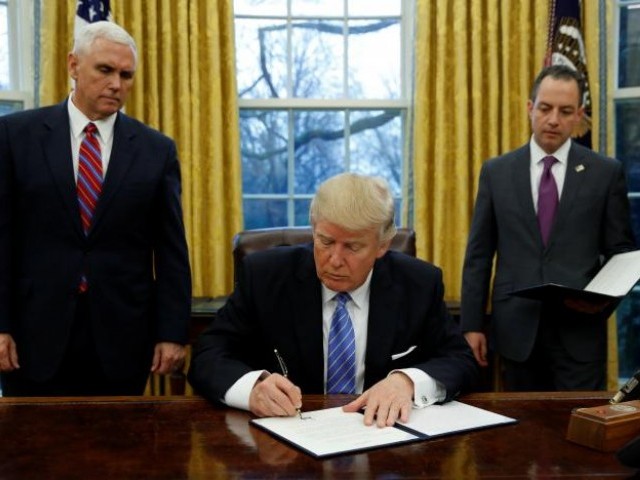 US President Donald Trump signs an executive order on US withdrawal from the Trans Pacific Partnership while flanked by Vice President Mike Pence (L) and White House Chief of Staff Reince Priebus (R) in the Oval Office of the White House in Washington January 23, 2017. PHOTO: REUTERS

WASHINGTON DC: President Donald Trump signed an executive order formally withdrawing the United States from the 12-nation Trans-Pacific Partnership trade deal on Monday, following through on a promise from his campaign last year.

Trump called the TPP order a “great thing for the American worker.”