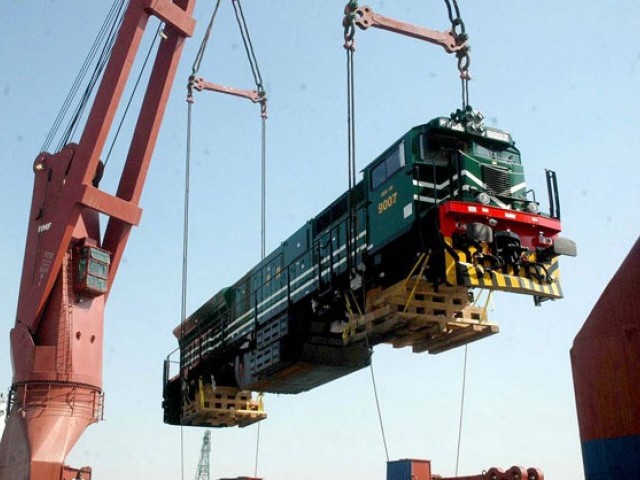 A newly-inducted GE locomotive is being offloaded at the Karachi port on Monday. PHOTO: APP

“Pakistan will receive a total of 55 locomotives in different phases from the US. The remaining 48 are expected to be handed over to the Pakistan Railways by June 2017,” official sources in the Ministry of Railways told APP Monday.

Commenting on specifications of the locomotives, sources said the consignment comprised 4,000 horsepower diesel-powered modern locomotives produced by General Electric with a 676mm gauge. The 137 tonne six-axle locomotives are designed for a maximum speed of 120 km per hour and are expected to provide better fuel efficiency and longer maintenance intervals than Pakistan Railways’ current fleet. 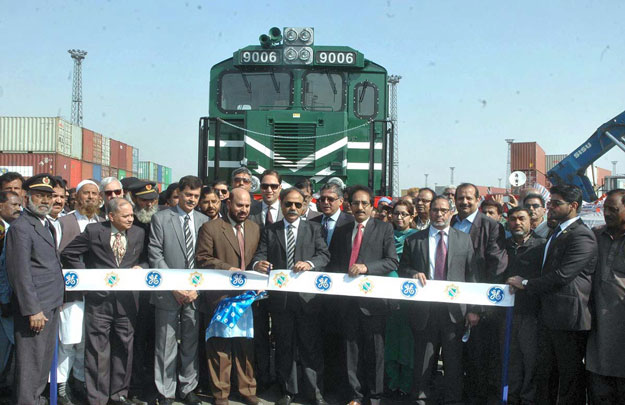 The locomotives will help cope with the harsh operating conditions in Pakistan, having additional cooling capacity and an air-conditioned cab suitable for bidirectional operation.

This is the first ever consignment of Evolution Series locomotives to have reached anywhere in South Asia, the official added, saying it is also Pakistan’s first such fleet.