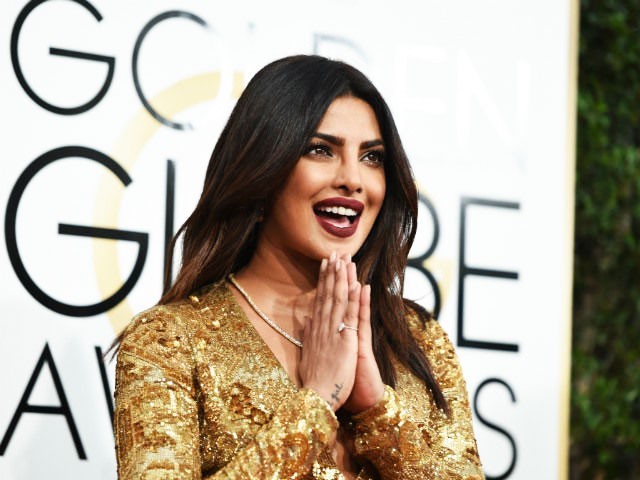 Priyanka Chopra extended her support for the women’s march in Washington DC, a day after Donald Trump was sworn in as the US President.

But the 34-year-old actress was not physically present in the protest due to her shooting schedule. “So proud of all my sisters and the men that are at the women’s march. I’m so upset I couldn’t go. Girl love, women’s rights are human rights,” Priyanka posted on Twitter.

So proud of all my sisters and the men that are at the #WomensMarch I'm so upset I couldn't go. #girllove #womensrightsarehumanrights

The actress is in Los Angeles to resume the filming of her Hollywood debut Baywatch, which also stars Dwayne Johnson, Zack Efron and Alexandra Daddario.

She posted a side-profile selfie on her Instragram account after she landed.”And we’re back! LA LA… again… let’s go! Always rushed for time… Everywhere to go and nowhere to be. Baywatch, night shoots, fun fun,” she captioned the image.