King Khan lavish­es praise on Pakist­ani actor as he opens up about Raees
By Entertainment Desk
Published: January 20, 2017
Tweet Email 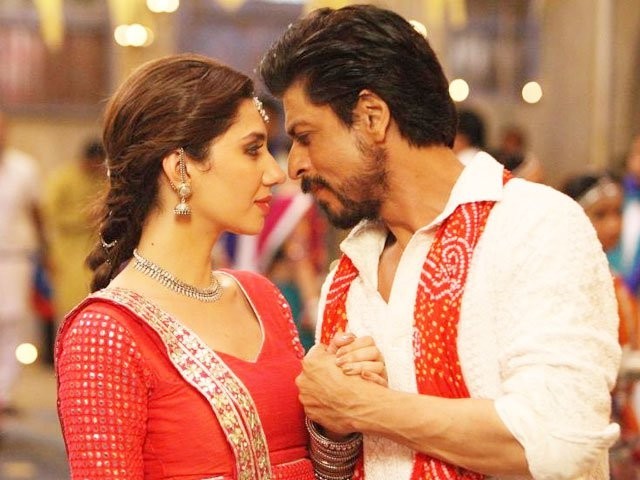 Heaping praise on the Pakistani actor, King Khan told The Indian Express, “She is an amazing actor, and so beautiful. Even before working on Raees, she was already an established star, it is not a new world that she has come in.”

Rahul Dholakia helped me at every step, Mahira Khan says

“She is terrific in the movie, you will see her more as her character, she is a very talented actor. I wish her all the best for the future.” Shah Rukh added.

King Khan also opened up about how Raees was different from the roles he had essayed earlier. “I am playing a character in the midst of a world which is cent per cent bad, he does bad things himself but somewhere down the line, we try to present a human quality to him without justifying his actions,” he said.

Mahira Khan breaks silence over not being able to promote Raees

Raees is set to release on January 25. The Rahul Dholakia directorial also stars Nawazuddin Siddiqui in a titular role.