Hitting back: India carrying out ethnic cleansing of Kashmiris: FO

Hitting back: India carrying out ethnic cleansing of Kashmiris: FO

Says Pakist­an is a victim of India’s state-sponso­red terror­ism.
By Our Correspondent
Published: January 20, 2017
Tweet Email 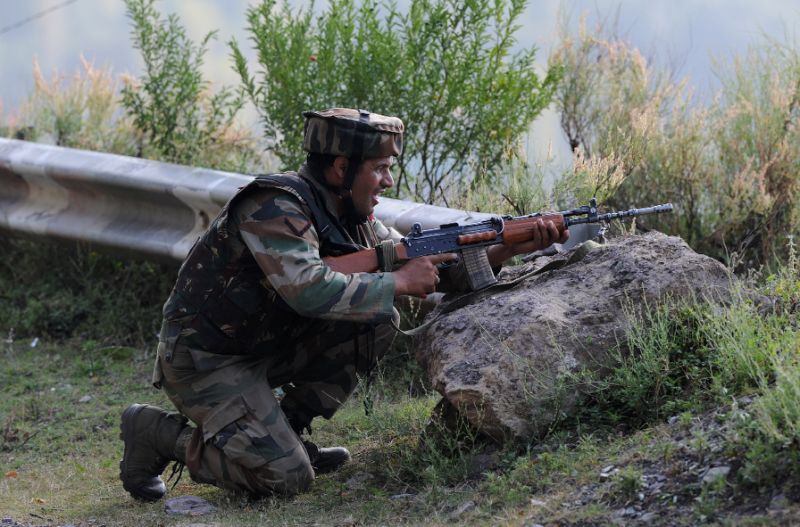 “We condemn the continuous killing of Kashmiris in IOK [Indian Occupied Kashmir]. Hindu terrorist organisations, such as RSS, its affiliates and the armed Village Defence Committees, are committing ethnic cleansing of Kashmiri Muslims in the Jammu region,” Foreign Office spokesperson Nafees Zakaria told reporters at his weekly news briefing.

Zakaria said since 2014, when the Bharatiya Janata Party (BJP) government took over, Hindu terrorists had been empowered with full support from the state machinery, more so in IOK, causing displacement of scores of Kashmiri Muslim families, by design.

“Genocide, state terrorism, settlement of non-Kashmiris and other tools are being employed to bring about demographic change,” he alleged.  “We condemn atrocities perpetrated by Indian occupation forces and Hindu terrorist elements in IOK,” he said, adding that Pakistan was constantly sensitising the world community on the grave violation of human rights of hapless Kashmiris.

With reference to the question regarding Indian prime minister’s recent statement, the spokesperson said no nation had done more than Pakistan to defeat the menace of terrorism. “Our successes in counter-terrorism are well-demonstrated and have been widely acknowledged. The salutary effect on our economy is also visible,” he said, responding to remarks by Modi that Pakistan should walk away from terrorists if it wants better ties with India.

Hitting back at the Indian premier, the spokesperson said “unfortunately, Pakistan is also a victim of terrorism, especially India’s state-sponsored terrorism.”

“The confession statement of a serving Indian Naval Officer, Kulbhushan Yadev has proved that Indian state agencies are continuously involved in subversive and terrorist activities in Pakistan,” Zakaria said. He said Pakistan had repeatedly called on the Indian Government to pursue the path of dialogue and engagement, rather than confrontation, violence and terrorism.  “India has always shirked from dialogue to resolve all outstanding issues, including the Jammu & Kashmir dispute,” he regretted.