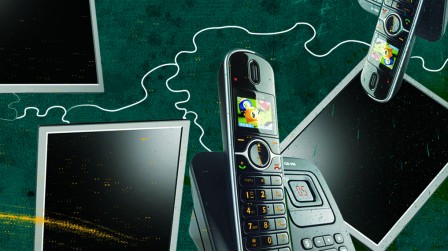 The Ministry of Information Technology and the major telecommunications operators of Pakistan formed a public-private partnership, known as the Universal Service Fund (USF), in 2006 to spread the benefits of the telecom boom throughout the country.

The purpose of this fund is to increase the penetration of telecom services in rural areas, install broadband technology and encourage the use of various e-services, including facilities such as telemedicine. One of the USF’s largest projects is the establishment of Multipurpose Community Telecentres (MCT) in rural areas.

The fund aims to set up 300 such centres by the end of this year and connect them to each other. The USF also aims to provide ICT access to people with disabilities. The Pakistan Software Houses Association (P@SHA) has also been involved in technology- based development projects. Says its president Jehan Ara, “We have been working on initiatives that centre on technology for those with special needs. For the past six months we have also been working with women’s rights organisations to create awareness about ICT and violence against women.

We have also used our platform for policy advocacy using the new media.” Telemedicine There are two types of telemedicine; ‘store and forward’ and ‘real time.’ The first method involves gathering information about an illness’ symptoms and then forwarding it to a hospital or a specialist doctor in the urban regions. The second method is used where treatment is required on an urgent basis. Elixer Technologies is one of the companies working towards the implementation of this technique, through their initiative TelMedPak.

The company has managed to set up a system in Taxila, where they installed a PC along with internet, scanners, and printers at a local hospital to make it possible to connect to doctors in the cities. Another such project was carried out in Gilgit and the surrounding rural regions, whose residents previously had to travel all the way to Islamabad to receive treatment. TelMedPak has also established centres in upper Punjab and is training paramedical staff through online courses.

The Pakistan Space and Upper Atmosphere Research Commission (SUPARCO) is also working towards developing telemedicine in the country. The commission has set up a telemedicine satellite that connects the Jinnah Post Medical Center to various hospitals and telecentres across Sindh. In Sindh, the Aga Khan University Hospital (AKUH) in Karachi is also used as a hub to provide telemedicine to rural areas of the province. In fact, AKUH is involved in facilitating telemedicine in Afghanistan with the help of Roshan, one of Afghanistan’s leading telecom service providers. Jehan Ara of P@SHA gives an example of telemedicine being used in a disaster area.

She says, “I remember during the 2005 earthquake, we worked with the Rotary Club, Intel, some hospitals and the Ministry of IT to arrange for laptops, webcams and servers to help with data gathering and in assisting doctors to offer advice remotely so that only those who needed hospital care were actually sent there. The tele-diagnosis also helped avoid a great number of amputations.” Literacy through cell phones With the rapid increase in cell phone use, several organisations have tried to use the popularity of SMS to increase literacy.

Mobilink, one of the major telecom operators in the country, recently partnered with UNESCO and local NGO Bunyad to conduct a programme to educate children through the use of SMS. The programme, which involved 250 girls in Sialkot, Hafizabad and Lahore, showed significant results. While the initial assessment showed that 57 per cent of the girls were awarded a ‘C’ grade and only 28 per cent managed to get ‘A’s, by the end of the SMS education programme only 11 per cent of the girls received a ‘C’ while 60 per cent got ‘A’s. After these results, says Muhammad Yasir of Bunyad, there are plans afoot to expand the scope of the programme.