Gyneco­logist­s say that many of their patien­ts suffer ‘marita­l rape’ but no one acknow­ledges it is even an issue.
By Saleha Rauf
Published: March 9, 2011
Tweet Email 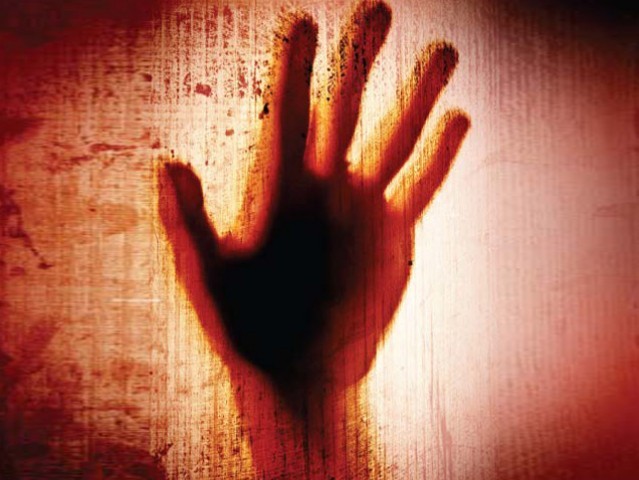 Gynecologists at several city hospitals have expressed their concerns over the growing number of married female patients who are forced into intercourse.

“The number of marital rape cases keeps going up but no one even acknowledges that the problem exists. We see dozens of patients coming in but they never acknowledge they have been raped; only that they were doing their duty,” says Ganga Ram Hospital consultant gynecologist Dr Shamsa Humayun. Dr Humayun said that she recently treated a mother-of-four, who had lost her pulse, consciousness and lots of blood pressure following a result of her third abortion. “I had warned her not to get pregnant because she had severe diabetes. I told her that her life was at risk but she chose abortion over contraception. Now she is dead,” Dr Humayun said.

Alviah Noor*, who is working on her PhD research paper and recently got married, said that she had severe vaginal infection for the last six months and was heavily medicated to treat an infection caused by her intra-uterine system (IUS or coil). “The coil ruined my health but it was the only contraception I could use without my husband finding out,” she said, adding that doctors had prohibited her from intercourse but her husband refused to listen to her. “I have no choice in the matter. I have to do whatever he tells me,” she said.

Nilofer Raja* complained that her husband had several extra marital affairs and that she had contracted an STD after he forced himself on her. “He abuses me but I cannot refuse him. My family told me that it was my religious duty to do as he demanded and that if I refuse the angels will curse me all night,” she told doctors.

Shirkat Gah representative Fauzia Vikar said “the concept of marital rape does not exist in our society.  She is thought to have signed a contract for sex. Even in US, the first marital rape case was reported in 1978. Most reports from battered women reflect that they do not think their spouses are guilty of a crime.” “Most women I have spoken to on the issue simply think that marital rape is natural.  We need to educate and economically empower women so that they realise it is not their duty to tolerate abuse,” she said. According to Vikar, most women consider it shameful and a sin to oppose non-consensual sex. “There is almost no local literature available on the subject and not a single reported case to my knowledge,” she said.

Dr Ambreen Ahmad, a clinical psychologist who teaches at Lahore School of Economics said “We need to introduce couples counseling, especially before marriage because women need to know their rights. Many women consider it their ‘religious duty’ to undergo this when there is nothing in religion that condones such assault.”

According to Dr Rabia Ameen of General Hospital said “There is no sex education before marriage. This often leads to women contracting horrible diseases from unprotected sex. I feel terrible when I see young girls dying of reproductory problems because of irrational social expectations.”

Dr Ameen said “On average we deal with five cases of spousal rape every week and 90 percent of these cases occur within the first two weeks of marriage. Young brides aren’t aware that they have the right to put a stop to intercourse and we often see severe tearing and heavy bleeding in young women.” “I have lost count of the number of times I have simply stitched a vaginal tear and prohibited the couple from having intercourse for six weeks. The women almost always come back with the same problem because their spouses refuse to listen,” she said, adding “I now recommend that the woman stay at her parents’ house to be safe.” Dr Ameen said that women seldom know that it is even possible to be raped by their husband. “They think that it is their duty to go along with whatever their husband wants and all we can do is recommend a course of treatment,” she said, adding that doctors often knew that their patients would not be allowed to rest.

Dr Shamsa Humayun, a gynecologist said that patients don’t complain of sexual abuse from their spouses even when the evidence is overwhelming. “I have examined women with severe vaginal tearing, enough that they needed stitches, but they still never admitted they were assaulted,” she said.

According to a gynecologist Dr Asmah Mehmood “Very few women in Pakistan actually have a healthy sexual relationship with their spouses. Abuse is common and so is violence.”  She said “I have seen a woman who was the victim of the constant rape by her spouse simply because he was addicted to pornographic films. She was abused so often that we eventually stopped even asking her what had happened.”

Dr Yasmeen Rashid said that in her 30-year career as a gynecologist she had never seen an official report relating to marital rape even though after delivery cases the most common cases she treated were related to women being sexually assaulted by their spouses.

The names of the victims, marked with an *, have been changed to protect their identity

All together on Women’s Day