Are 'stags' the real problem with concerts in Pakistan?

Are 'stags' the real problem with concerts in Pakistan?

Event organi­sers weigh in on matter after what transp­ired at recent Karach­i concer­t
By Adnan Lodhi
Published: January 17, 2017
Tweet Email 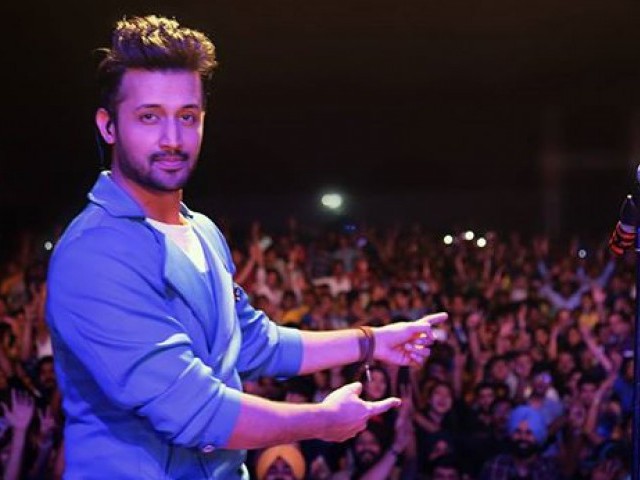 In a country where eve-teasing happens to be pervasive, it takes a special someone to raise their voice against the scourge.

A concert on Saturday evening saw Aslam halt his performance midway, having noticed someone harassing a girl in the front row. In a video that went viral, the singer can be seen pausing mid-song and reprimanding the boy for his behaviour. “Tum ne kabhi larki nahin dekhi kiya? Tumhari maa aur behen bhi ho sakti thi yahaan per.” He then asked security to escort her to safety.

Aslam’s intervention was met with cheers. While some people were of the opinion that he should have called off the show or at least publicly shamed the concerned individual, the incident once again brings the ‘no stags allowed’ policy into the debate.  Should concert organisers ban the admission of unaccompanied men to events? What went down at Aslam’s concert hardly constitutes as breaking news so why don’t the involved parties do something about it?

Fact is, barring a few private venues that typically cater to the upper echelons of society, most concerts are open to the vast majority, if not everyone. The concept of ‘family concerts’ is somewhat diminishing and organisers are left with little choice but to invite youngsters to recover their investment and add life to the event. “There was a time when Pakistan used to have concerts that were for families only. Legends such as Abrarul Haq, Junaid Jamshed, Jawad Ahmed and the Junoon boys used to love playing at such events,” recalled Atif Ansari, CEO of Glory Events and PR. “But now, it’s difficult for organisers to make up for their costs without allowing young ones in. And when you allow young boys in, you inadvertently allow the problems that may bring in too.”

Talking to The Express Tribune, renowned folk singer Humaira Arshad shed light on how the situation differs for those on stage. “Sometimes, these young mischief-makers don’t even spare female artistes!” she said. “The problems our women face in public places are legit and it’s commendable that Atif did what he did.”

As society has become more liberal and women more independent, it is now but normal for youngsters to move together, which organisers believe becomes a drawback when a show is being put up.

According to Ansari, this puts organisers in a conundrum, exacerbated by the fact that many of today’s artistes actually ask for youngsters to be present at their concerts so as to set the mood. “What can we do when the main attraction of the event demands that youngsters be there at the concert? Most of them aren’t too concerned about security issues and random boys and girls help each other by getting in as a family or a couple,” he added.

Awais Malik, owner of AM Event’s Management, however, presented a different point of view. “Yes, we cannot deny that young people are the backbone of music events but there are many families in Pakistan who would love to attend concerts as a whole, too,” he stated. “I don’t agree with the idea that a concert cannot be successful unless the youth is present there. Go to any Rahat Fateh Ali Khan concert and you’ll see many families present. It just depends on the artiste in question.”

Organisers believe that another point to consider is that it is not just boys who frequent concerts for girls; the latter are just as keen. Increasing social independence has meant that public events like concerts are now veritable dating grounds, wherein both boys and girls seek out one another to cultivate relationships thereafter. “There are many school and university-going children who wait for concerts and purchase tickets worth thousands. Many of them come solely to misbehave. It’s near impossible to filter them out,” said Sarwer Shah of Saeed Productions and Event Management.

The dilemma has reportedly seeped into the folk music circuit too. “The situation at concerts of emerging folk singers like Attaullah Khan Esakhelvi, Arif Lohar, Naseebo Lal and even at Shaam-e-Qalander is the same!” said Shah. “Even girls have started to act out.”

However, Ansari believes that neither the organiser nor the artiste can be blamed for such incidents. ‘Stags’ continue to constitute a major chunk of any concert audience and if there is anyone to blame it has to be the parents who are raising these children.

“You see, I can’t help and neither can Atif, Rahat, Jawad or whoever you name,” said Ansari. “The problem is that it’s not written on anyone’s face whether that person is well-behaved or not. If someone doesn’t respect the women in his house then he would definitely not respect them in a public gathering. All we can do is take preventive measures.”

While Umair Jaswal feels such actions are never justified, he said ‘stags’ do make up for a loyal fan base. Echoing Ansari’s sentiments, he said, “These are the guys who buy tickets and albums and go to concerts to support artistes. I would blame the policy makers for this as the reason people act out is because they are frustrated and don’t know how to act in public.” He added, “And they are frustrated because they don’t have a lot of opportunities to go out. There aren’t a lot of entertainment options for them. So it’s very unusual for them to go to a concert and be surrounded by girls.”

Jaswal said it is the duty of policymakers to educate people through public service messages and other things. “Sexual harassment is a real issue and they should address it and educate people. That is how they would know how to behave,” he stated.