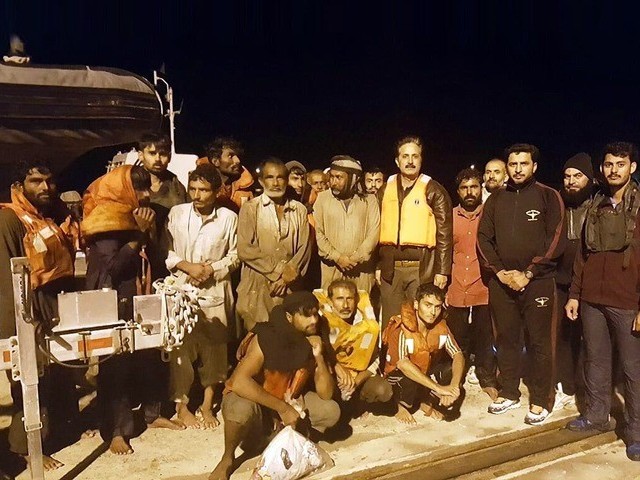 The rescued fisherman are photographed with Pakistan Navy officials after the successful operation. PHOTO: PAKISTAN NAVY

According to a statement, the fishing vessel Al-Rehman, which sailed from Karachi on December 25 with 18 fishermen on-board lost propulsion as both of its engines became defective. 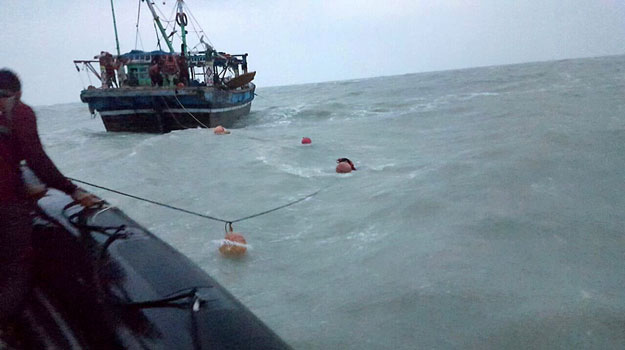 A photo taken during the rescue operation. PHOTO: PAKISTAN NAVY

After receiving the distress message at Jinnah Naval Base in Ormara that the boat was heavily flooded and could sink if not rescued swiftly, a Pakistan Navy rescue team was promptly dispatched.

The rescue team, said the statement, faced heavy swells, strong chilly winds and poor visibility throughout the operation. But after almost three hours of teamwork, all the 18 fishermen were rescued.

The severely dehydrated fishermen were given medical care and nourishment at the naval base after the operation.