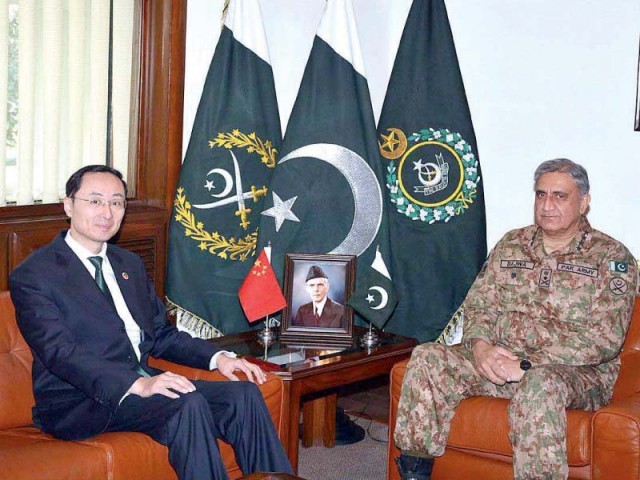 RAWALPINDI: China on Friday expressed satisfaction on the security arrangements for the China Pakistan Economic Corridor. Ambassador of China to Pakistan Sun Weidong expressed this view in a meeting with the Chief of Army Staff General Qamar Javed Bajwa at the General Headquarters in Rawalpindi. According to an Inter Services Public Relations statement, Ambassador Sun acknowledged and appreciated the Pakistan Army’s efforts in combating terrorism and militancy. The Army chief and Chinese envoy also discussed other matters of mutual interest including regional security, said the ISPR.