Accord­ing to statis­tics, users not reacti­ng positi­vely to iPhone 7 may have caused the loss
By News Desk
Published: January 10, 2017
Tweet Email 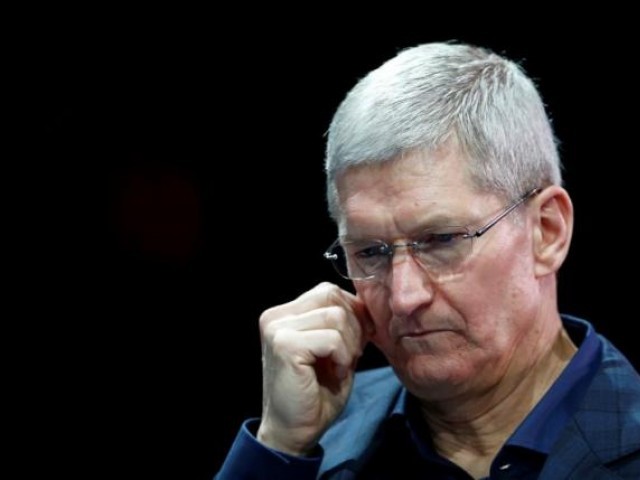 Apple ended the year 2016 with $215.6 billion sales, not quite enough to achieve the set target. And now the company’s CEO Tim Cook amongst other executives who will be paying for it.

According to a statistics, first reported by The Wall Street Journal, showed how bad a preceding year the company had.

A survey following Christmas, established that 44% of new smartphones and tablets activation belonged to Apple, 5% down from the previous.

The disappointment showed by users in iPhone 7 design may be accounted for the decline in Apple sales for the year 2016.  The company suffered its first annual revenue decline in last 15 years.

Apple to cut iPhone production in first quarter of 2017: report

Consequently, Apple executives were given 89.5% of their targeted annual cash incentive. While Cook’s base salary increased from $2 million to $3 million, “incentive plan compensation” dropped from $8 million to $5.37 million. He still managed to take home $11.74 million whereas rest of the executives ended the year with more than $23 million each, despite a decline of $2.21 in “incentive plan compensation”.

Apple will be releasing iPhone 8 on its 10th year anniversary – users believe this model will have cutting edge technology.

Is Apple working on a curved screen iPhone 8?

In September 2016, Business Insider reported an unnamed employee at an Apple site to have claimed that iPhone 8 will be different from previous handset. Mentioning that the new model will have a better camera.

Not much is known about iPhone 8 so far but a report from Nikkei Asian Review claims it will have a curve screen.

This article originally appeared on the Daily Mail.