Injured Amir to be fit for Australia ODIs

Injured Amir to be fit for Australia ODIs 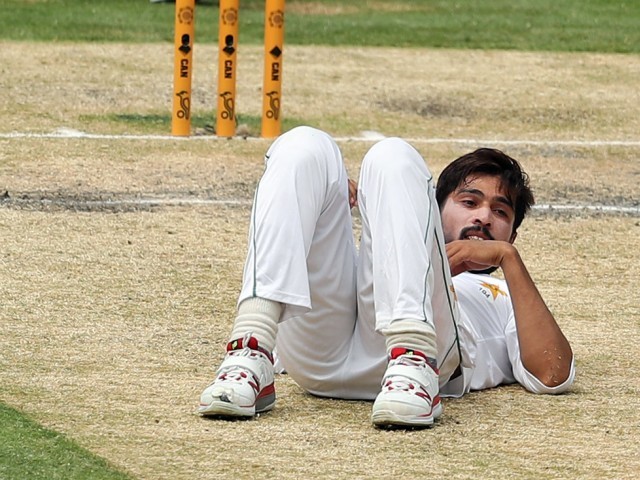 Pakistan left-arm pacer Mohammad Amir was ruled out from bowling in the last Test against Australia on day four but he will be available for selection in the upcoming five-ODI series.

The 24-year-old suffered a strain in his left intercostal muscle during training before the start of play on day four of the third Test at the Sydney Cricket Ground.

Pakistan, on day five, need 410 more runs to win with nine wickets in hands and Amir can be seen in action with the bat if the need be.

“Amir has returned to the ground after the scans,” PCB Director Media Amjad Hussain told journalists on Friday afternoon as quoted by cricket.com.au.