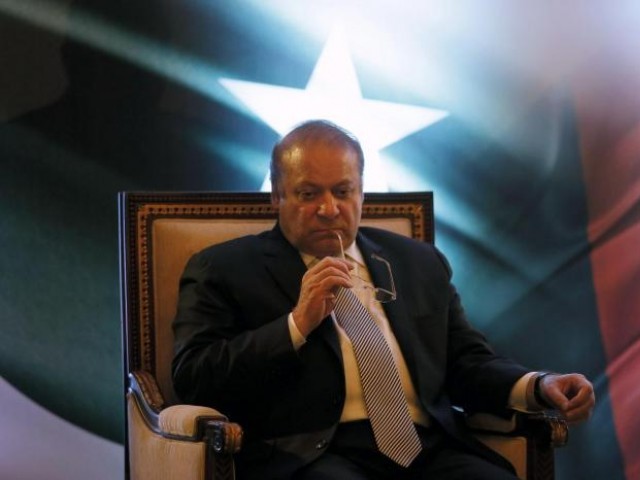 ISLAMABAD: The top court has sought a timeline of the public offices Prime Minister Nawaz Sharif has held during his entire political career in order to determine possible conflict of interests in overseeing his family business and officiating official responsibilities.

The development came on Wednesday when the Justice Asif Saeed Khosa-led five-judge bench of the apex court started hearing afresh a slew of petitions seeking Premier Sharif’s disqualification in the backdrop of the Panama Papers revelations.

Justice Khosa quizzed Premier Sharif’s counsel about his client’s tenure as Punjab’s chief minister, finance minister, and three stints in the Prime Minister House, as well as his exile during the military rule of General Pervez Musharraf.

Justice Khosa observed that the bench needed to get the dates on which Sharif had held official posts. “There is the issue of conflict of interest in this case as well,” he said while referring to the Panamagate case. He also referred to Sharif’s television interviews in which he explicitly said that he had pulled out of the family business in 1997.

Likewise, Justice Khosa told Naeem Bokhari, the counsel for PTI Chairman Imran Khan, to establish that the Sharif family had owned the luxury flats in an upscale London neighbourhood prior to 2006. “Your whole case hinges upon this,” he told Bokhari.

“If you prove the ownership of these properties prior to 2006, then you have a very good case,” he said. “This is not easy to prove, though,” another judge on the bench, Justice Azmat Saeed Sheikh, said in a lighter vein.

Justice Khosa, while raising questions over the money trail given by the Sharif family, observed that the prime minister in his speeches had not mentioned his family’s investments in Qatar. Conversely, Sharif’s children claimed that the family had made investments in real estate in Qatar. He also observed that the late Mian Muhammad Sharif, the premier’s father, had died in 2004 and the Qatari family had transferred the London flats to Hussain Nawaz, the prime minister’s son, in 2006. He asked for any “will, court decree, or family settlement that could establish that the London properties would be automatically inherited by Hussain Nawaz after the death of his grandfather”.

He also wondered why these properties had not been transferred to other heirs of the late Mian Sharif.

Justice Khosa said the hearings of the case would be conducted daily without any adjournment.

Justice Ejaz Afzal Khan, a third member of the bench, asked PTI chief’s lawyer some critical questions which he couldn’t answer satisfactorily. On this, the PML-N ministers and lawmakers present in Courtroom No 2 couldn’t hide their excitement.

Justice Ejaz Afzal asked Bokhari that he would have a concrete case if he managed to establish that the proceeds of the Gulf Steel or the assets at the relevant point in time remained parked in the accounts of the prime minister for some time, “otherwise it will be a wild-goose chase”.

However, Justice Khosa while referring to Article 122 of the Qanoon-i- Shahadat Act, 1984, stated that the onus of proof was on the respondents and they have to explain how they had got money and how they had acquired the properties abroad.

Justice Sheikh Azmat Saeed observed that “at the end of the day, we will seek assistance from some counsel to assist [us] what statement constitutes disqualification of the respondent [Premier Sharif] for not being Sadiq (sagacious) and Ameen (honest) under Article 62 of the Constitution”.

The bench asked politicians involved in the case not to make the Supreme Court premises their ‘political battlefield’. Justice Khosa expected media persons would show restraint and not sensationalise the questions asked in the courtroom. “We ask questions to get answers from the counsels for the parties involved.”

However, PTI Chairman Imran Khan came to the rostrum and stated that it was the job of the opposition to raise issues and level allegations, while the government was bound to give satisfactory answers.

Awami Muslim League chief Sheikh Rashid, who is also one of the petitioners, requested the bench to allow live telecast of the case proceedings.

Bokhari argued that Premier Sharif, in his April 5, 2016 address to the nation and May 16 statement before parliament, had misstated the sale proceeds of the Gulf Steel as 33.37 million dirhams which was a false assertion, not collaborated with subsequent supplementary statements made by his three children, namely Maryam, Hussain and Hassan.

Shahbaz Sharif should tell the court how  34 million pounds sterling had been paid to satisfy the judgment without seeking prior permission from the State Bank of Pakistan, needed even if money had to be borrowed from any lending company outside the country to pay back liabilities.

Bokhari also sought a direction against the NAB chairman requiring him to move a belated appeal before the Supreme Court against the March 11, 2014 Lahore High Court judgment, which had rejected NAB’s plea of opening corruption references against the Sharifs in the Hudaibiya Paper Mills case.

The court, however, clarified that it could only make a reference to the Supreme Judicial Council and not issue any show cause.

Bokhari also sought a declaration that the four Avenfield flats in London had been purchased by the Sharif family between 1993 and 1996 from sources never disclosed. Since transaction of purchase of these properties has never surfaced and these were the outcome of money laundering, therefore these flats belongs to the state and people of Pakistan.