A key coalit­ion party says it is withdr­awing from Congre­ss govern­ment, dealin­g a blow to the Indian Prime Minist­er.
By Agencies
Published: March 6, 2011
Tweet Email 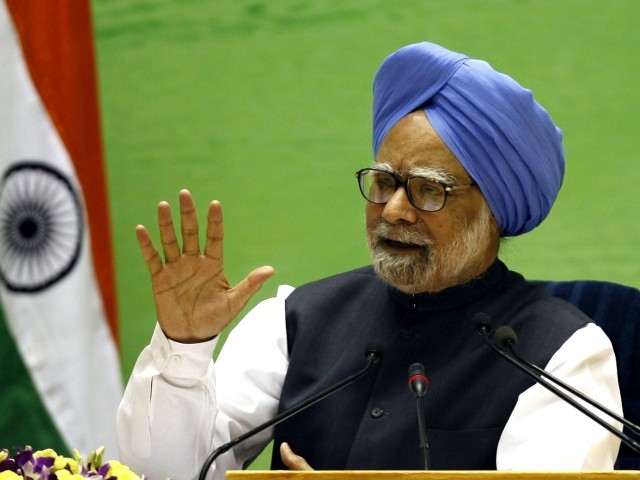 A key coalition party says it is withdrawing from Congress government, dealing a blow to the Indian Prime Minister.

NEW DEHLI: A key party in India’s ruling coalition said on Saturday it was withdrawing from the Congress-led government, dealing a blow to the Indian Prime Minister Manmohan Singh, as he battles a series of corruption scandals.

The DMK, whose 18 seats gave the coalition a slender majority, said it will support the government on an issue-by-issue basis. The Congress-led government must now gain support from the Dravinda Munnetra Kazhagam (DMK) on key bills and, or try to bring in other regional parties into its coalition.

The first test will come with the 2011-2012 federal budget which was introduced in parliament last week, and which must be passed in the current session. The government would fall if it loses the vote.

The latest crisis may hurt markets when they open as investors fret over the stability of the coalition. The DMK said it had withdrawn over a dispute over seats to be contested in local elections in the DMK’s Tamil Nadu state.