Shradd­ha and Farhan were also spotte­d at a dinner date with Arjun Rampal and his wife
By Entertainment Desk
Published: December 30, 2016
Tweet Email 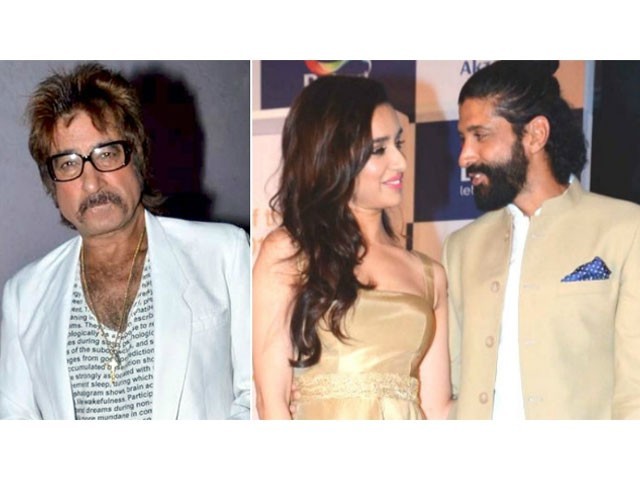 Following his split with former wife Adhuna Bhabani, actor Farhan Akhtar has been in the headlines for his alleged romance with Rock On 2 co-star Shraddha Kapoor.

The two are rumoured to have fallen for one another during the making of the film and even moved in together, reported Miss Kyra.

Fun to explore the singer in me: Shraddha Kapoor

While Farhan and Shraddha seem to be head over heels in love, their alleged relationship has not gone down too well with the latter’s family.

According to reports, Shraddha’s parents, Shakti Kapoor and Shivangi Kolhapure, are unhappy with their daughter and Farhan’s growing intimacy as the director is yet to officially divorce his wife. Reportedly, Shakti barged into Farhan’s apartment last Sunday and dragged Shraddha out of there.

As the actor did not want to create a scene, she walked out of the house voluntarily. But, according to Shakti, none of this has happened. “That’s total crap! Somebody else also called me to inform me about this, but I don’t believe it. I have been in this industry for over 35 years now. I know what happens so we don’t react to such things. It’s okay,” he said.

Recently, Farhan and Shraddha were spotted on a double date with Arjun Rampal and his wife Mehr Jesia, fuelling rumours of their alleged romance once again.