Are we doing what needs to be done to turn the game-change­r rhetor­ic into realit­y?
By Dr Pervez Tahir
Published: December 29, 2016
Tweet Email 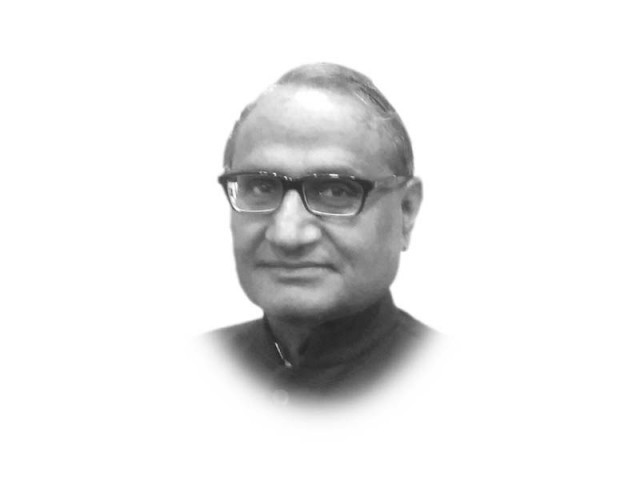 As in the world at large, knowledge as a factor of production was discussed, debated and inserted into policy — speak in Pakistan also at the right time. The period, however, delivered a long spell of low economic growth. Knowledge production was reduced to quantitative expansion of university education without developing critical linkages with industry and trade. There has also been a tendency to see the spread of IT per se as knowledge accumulation rather than a means to it. Expanding access to internet, laptop schemes and mobile density have broken barriers, including that of ignorance and low literacy, but the resulting connectivity has not contributed to economic growth in any significant measure. On the contrary, it has led to job losses. Normally, growth associated with such “creative destruction” would generate more new jobs than the loss of old jobs in dying occupations.

While the country missed the knowledge flight, a new opportunity has emerged in the form of CPEC. It provides connectivity in all its dimensions — road, rail and fibre optics. The question is: Is Pakistan ready to fully exploit this opportunity?

Are we doing what needs to be done to turn the game-changer rhetoric into reality? The well-known benefits of connectivity are significantly lower cost of transport and communications that leads to higher trade and growth. It certainly is true for China, even if it just neutralises the rising labour costs. Trade is the critical variable here. Pakistan is, however, already flooded with cheaper Chinese goods under the Free Trade Agreement. We have neither been able to compete in China nor in our own market. Our industrial health requires not just reduced transactions costs, but reduced production cost as well. The huge trade imbalance with China shows that. The benefit of cheaper goods for consumers has to be weighed against this imbalance eventually reflecting in fiscal imbalance. Cheaper import of goods at the cost of local industry and jobs in a slow growing economy has its own set of problems.

In our case, investment has a greater role than trade. The most important avenue will be the relocation in Pakistan of Chinese industries experiencing higher labour costs. Joint ventures and various forms of partnerships with local investors provide the next best avenue. New local investment may also be encouraged as the CPEC projects help relieve the energy constraint. Taking cues from the Chinese development, there are plans to set up special economic zones. To begin with, three industrial estates in Faisalabad, Sheikhupura and Haripur are being presented to the Joint Cooperation Committee of the CPEC meeting this week in Beijing. There are many more to follow. Fiscal concessions have been provided in the form of a ten-year tax holiday and duty-free import of machinery. In the past, many of these schemes turned out to be no more than new avenues for speculative real estate investment or tax evasion. It is hoped that the Chinese presence will keep these special zones oriented towards job-oriented investment. The interest shown by six Chinese companies in Faisalabad Industrial Estate would, therefore, be keenly watched.

As part of reaping the full benefits of CPEC, the development of Gwadar has to move beyond physical infrastructure to include its people. An honest manifestation of this neglect was witnessed recently in a meeting of students from Gwadar studying in Lahore with the Punjab Chief Minister. There is then the regional dimension to maximise benefits. As CPEC investments materially reduce the transport and communications costs, new connectivity will become a lot cheaper, especially with large, better educated, populations. When the Commander of the Southern Command invited India to join the CPEC and “shun enmity”, the offer was rooted in hard political economics.