Fire erupte­d at the godown of Zeesha­n Snacks Compan­y
By Our Correspondent
Published: December 30, 2016
Tweet Email 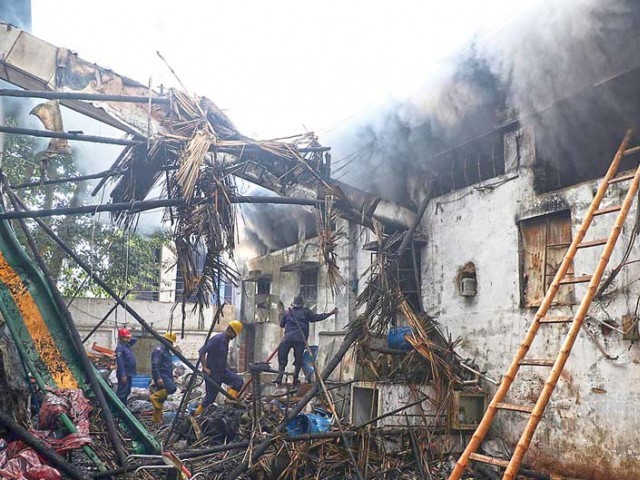 Around four fire tenders and two bowsers were used to extinguish the fire that erupted at the godown of Zeeshan Snacks Company. PHOTO: ONLINE

According to the police, the fire erupted at the godown of Zeeshan Snacks Company, located in Korangi’s Sector 28 near Muratza Chowrangi at around 8:30am.

After seeing the flames, the fire department was informed of the incident. Fire fighters were able to extinguish the blaze after hectic efforts of more than three hours.  According to the police, around four fire tenders and two bowsers were involved in the operation. However, the exact cause of the incident has to be ascertained yet, said the police.

Discussion: The life and times of Mohammad Ali Jinnah