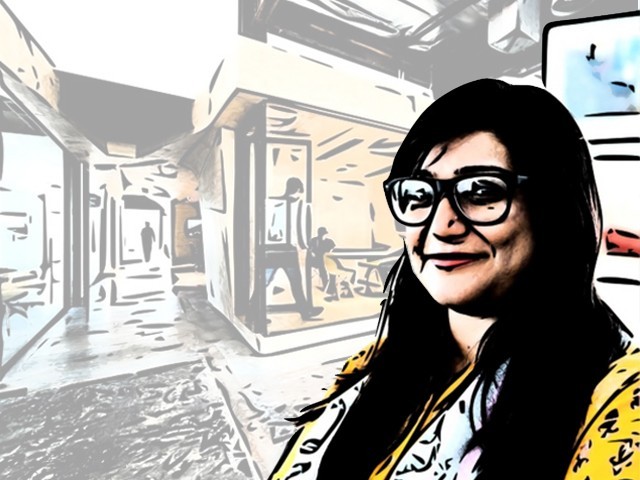 In a patriarchal society like Pakistan, sexism is ubiquitous.

And, the internet is no exception. From cyber-bullying to stalking, the internet happens to be a vulnerable space for many Pakistani women.

This is exactly what Digital Rights Foundation founder Nighat Dad has been striving to remedy. On December 10, she was honoured with the Human Rights Tulip Award by the Government of the Netherlands. The annual prize is awarded to activists employing an innovative approach to secure human rights. The prize comes with €100,000 to further recipients’ work.

“The Tulip Award, apart from being a prestigious human rights accolade, meant a lot to me because it required a public voting process,” Dad told The Express Tribune. “During the voting, Pakistanis from all walks of life galvanised to bring the award to their country—running a spontaneous campaign on my behalf. It was heartening to see Pakistanis from all walks of life and different political affiliations come together in such a constructive way. For that reason that campaign and the subsequent award energised me to continue to do what I do,” she said.

Explaining how the prize money would help her continue her work, Dad said, “It’ll help sustain much of the work the DRF does. It also gives us the means to continue and expand as an organisation,” Dad said.

The noted activist revealed that the DRF had been established in 2012 partly due to the lack of digital rights organisations in Pakistan. “Through the DRF, I wished to frame the discourse around digital rights, free speech, surveillance, data protection, privacy, cyber harassment and issues that impact marginalised groups online,” Dad said.

Dad’s organisation also launched Pakistan’s first cyber harassment helpline which provides a free, safe, and confidential service to victims of online harassment. Talking about the initiative, the DRF founder said, “A cyber harassment helpline has been a long-cherished dream of mine. The response to it has been very encouraging, many have put their trust in us and reached out. We are currently in our infancy, having launched on the first of December. We are still learning how to cater best to our callers. Our callers come from all backgrounds and identities but since the vulnerable are more susceptible to harassment and online violence, most turn out to be women,” Dad said.

Responding to a question on steps taken by the government to curb online harassment and bullying, she acknowledged that there had been some progress but stressed more needed to be done. “Under the Prevention of Electronic Crimes Act (PECB) 2015, the government has made cyber stalking a crime. Sections 21 and 24 of the Act deal with matters relating to harassment and bullying; and the FIA has been designated as the relevant authority on cyber crimes,” the activist said. Dad said authorities needed to realise that the digital landscape was multifaceted. Often, she said, swift gender-sensitive action was required on this account.

The DRF founder, a staunch supporter of free speech, has serious reservations regarding the cyber crime law. “The most glaring problems with the PECA is that it contains extremely vague language and grants the state sweeping powers on regulating free speech online,” Dad said. She said there was a real danger of genuine political speech being curtailed under the Act simply because it is captured by way the law had been worded. “Laws regulating free speech need to be tightly defined, otherwise they are susceptible to abuse, and the history of free speech jurisprudence is testimony to this danger.”

Talking about how empowering the Pakistan Telecommunication Authority (PTA) to regulate information in the interest of “the glory of Islam,” the “integrity, security or defence of Pakistan” or pertaining to “public order, decent, or morality,” would adversely affect free speech, Dad said, “Citizens need to ask just what the purpose of the Act is and whether these powers – and the reach that they have – are necessary and proportionate.”

Emphasising the need for strong judicial and civilian oversight to ensure that acquired data was not misused by authorities, she said, “As a society it is imperative that citizens know what happens to our data – where it is being stored, for how long, and who has access to it.”