We celebrated fightback against Australia like minnows: Mohsin Khan

We celebrated fightback against Australia like minnows: Mohsin Khan 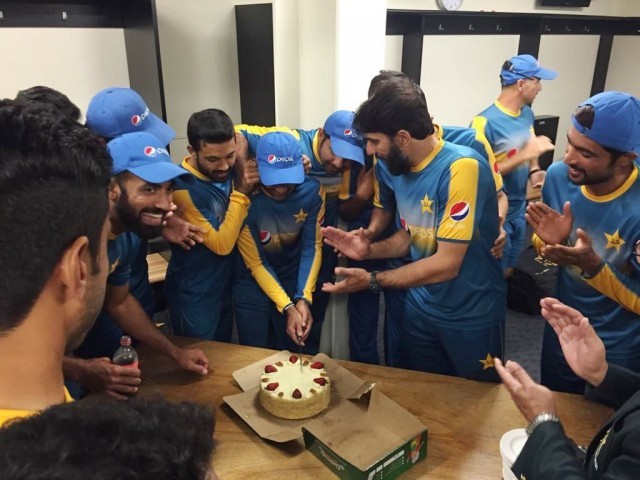 KARACHI: Backing Pakistan to win their maiden Test series Down Under, former head coach Mohsin Khan has rated Misbahul Haq’s squad a ‘much better side’ than the Australia.

The two sides will meet in a Boxing Day Test in Melbourne with Australia enjoying a 1-0 lead in the three-match series, courtesy their 39-run victory in Brisbane.

Asad Shafiq’s grand plan for a win against Australia

Pakistan enter the second five-day contest facing a must-win situation, if they want to create history by becoming first Asian side to beat Aussies at home in a Test series, and Mohsin feels visitors can beat hosts in Melbourne as well as in Sydney.

“Pakistan have a much better combination than the current Australian side,” Mohsin told The Express Tribune. “Pakistan’s batting is a blend of experience and young talent. The pace attack is lethal and Misbah has a match-winning spinner as well. All this combined makes Pakistan better than Australia.”

Mohsin, who scored 152 against Australia at the MCG in 1983 during the fourth Test which ended in a stalemate, said that team will need determination and courage to beat the hosts.

“Pakistan have all the ingredients to win back-to-back matches [in Melbourne and Sydney],” he said. “All they need to do is play with determination and courage. The team management needs to come up with a good plan and pick the right combination. Australians play aggressive cricket and Pakistan need to counter them with attack as they say offence is the best defence.”

The former Test cricketer further stressed the inclusion of a right-arm fast-bowler in their attack.

Pakistan ready to bank on ‘momentum’ against Australia

“Australia have majority of left-handers in their batting order and I was shocked Pakistan didn’t play a right-arm fast bowler [in the first Test] when you have two of them — Sohail Khan and Imran Khan.”

Former opener reiterated that Pakistan were missing a specialist opener in the tour. “Pakistan needed openers like Ahmed Shahzad or Khurram Manzoor on this tour. If Sharjeel [Khan] performs well, I will be more than happy but if he fails I won’t be surprised, since he is coming on this tough tour without Test experience.”

Meanwhile, Mohsin was not impressed how Pakistan team management celebrated their fight back after losing in Brisbane.

“It was quite strange to see the team cutting the cake after a defeat. We were celebrating our fight back [ in the second innings of the first Test] as if we were Hong Kong,” he commented.

“No doubt Asad Shafiq played a courageous knock and hats off to him. Pakistan must convince themselves that they are a better side than Australia and go into the Boxing Day Test with this approach.”