Trump had never linked the resolu­tion of the Syrian crisis to the remova­l of Presid­ent Bashar al-Assad
By Reuters
Published: December 23, 2016
Tweet Email 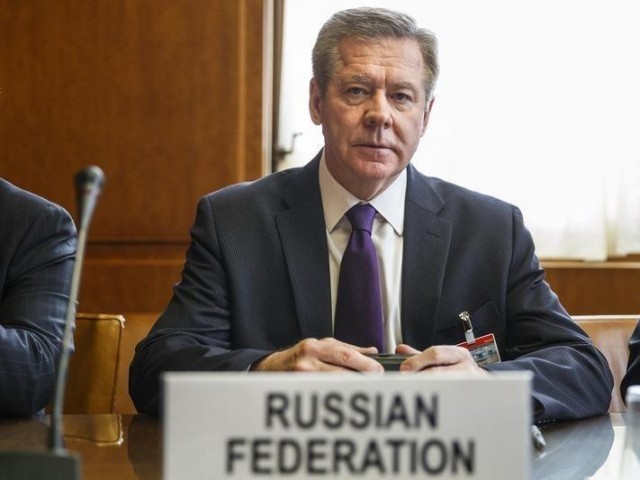 MOSCOW, RUSSIA: Russia is not in touch with the incoming U.S. administration over Syria, but Moscow sees Donald Trump as a better partner to negotiate with than Barack Obama, Russian Deputy Foreign Minister Gennady Gatilov said on Friday.

The Interfax news agency quoted Gatilov as saying that Trump
had never linked the resolution of the Syrian crisis to the
removal of President Bashar al-Assad, who is supported by
Moscow.

“As we understand it, that means he has more room for
manoeuvre than the outgoing administration of Obama,” Gatilov
was quoted as saying.