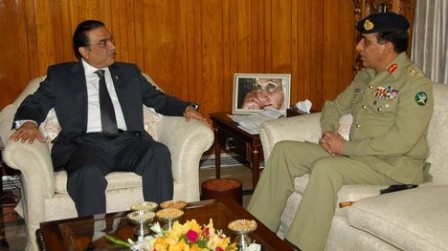 ISLAMABAD: President Asif Ali Zardari met with the Army Chief General Ashfaq Pervez Kayani at the President House in Islamabad on Wednesday and discussed about the security situation in the country and the army’s military preparedness.

Sources said that the army chief briefed the president about the professional  preparedness of the army. The president in turn assured the provision of all necessary resources to the armed forces.

“We will activate the status of MMA”