Produc­ers have been asked to remove poster for the negati­ve image it gives to the countr­y
By AFP
Published: December 15, 2016
Tweet Email 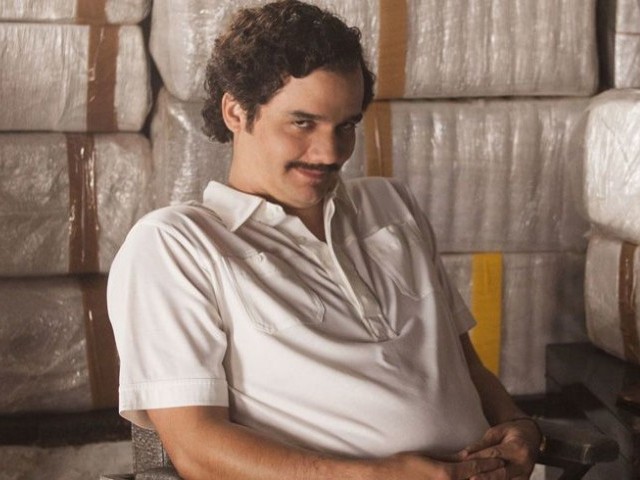 The billboard features a close-up of a sombre-looking Wagner Moura, the actor who plays Escobar in the series. PHOTO: NETFLIX

Asked about the series produced by the US video on-demand website, which portrays Escobar as a loving family man and ruthless murderer, Santos told Spanish radio that it was a “very good” show.

“But we as Colombians lived through the Pablo Escobar tragedy and suffer from the memories” of a man who had thousands killed, he added.

“Pablo Escobar was a murderer who doesn’t deserve to be praised as a hero under any circumstance.”

This mashup of Raees, Narcos is going viral

Santos is on a trip to Spain after receiving the Nobel Peace Prize in Oslo for negotiating a peace deal with Marxist FARC rebels and ending five decades of conflict.

The billboard features a close-up of a sombre-looking Wagner Moura, the actor who plays Escobar in the series, next to the caption “Oh white Christmas” in a thinly-veiled reference to the cocaine that the Colombian drug lord dealt in.

Colombia’s Foreign Minister Maria Angela Holguin has asked Madrid city hall and Netflix to remove the poster for the negative image it gives her country, a spokeswoman for the Colombian embassy said.

But a city hall spokeswoman said there were “no plans to remove it”, as the poster does not infringe on regulations on outdoor advertising and the caption was subtle enough not to be seen as making an apology for drug use. 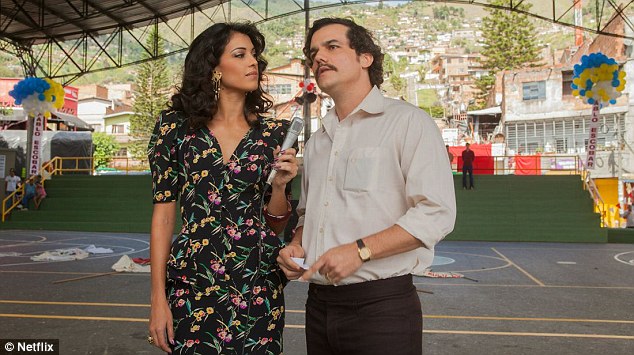 Narcos is one of Netflix’s star series and just one of the examples of the film and television world’s recent fascination with Escobar, a charismatic man who rose from middle-class obscurity to run a mighty cocaine cartel that earned him a fortune.

In 2014, Oscar-winning actor Benicio del Toro zeroed in on the more personal side of the cocaine scion in the film Escobar: Paradise Lost.

And more Escobar-related entertainment is on the way. In a film called American Made, Tom Cruise will play the American pilot Barry Seal who worked for Escobar’s cartel. Colombian actor John Leguizamo will have a go at playing Escobar in El Patron (The Boss). And Spanish actor Javier Bardem and his wife Penelope Cruz will star in Escobar, based on the memoirs of a journalist named Virginia Vallejo — the drug lord’s mistress.