Claim emphat­ic nine-wicket win as they chase down target with 41.3 overs to spare
By Our Correspondent
Published: December 15, 2016
Tweet Email 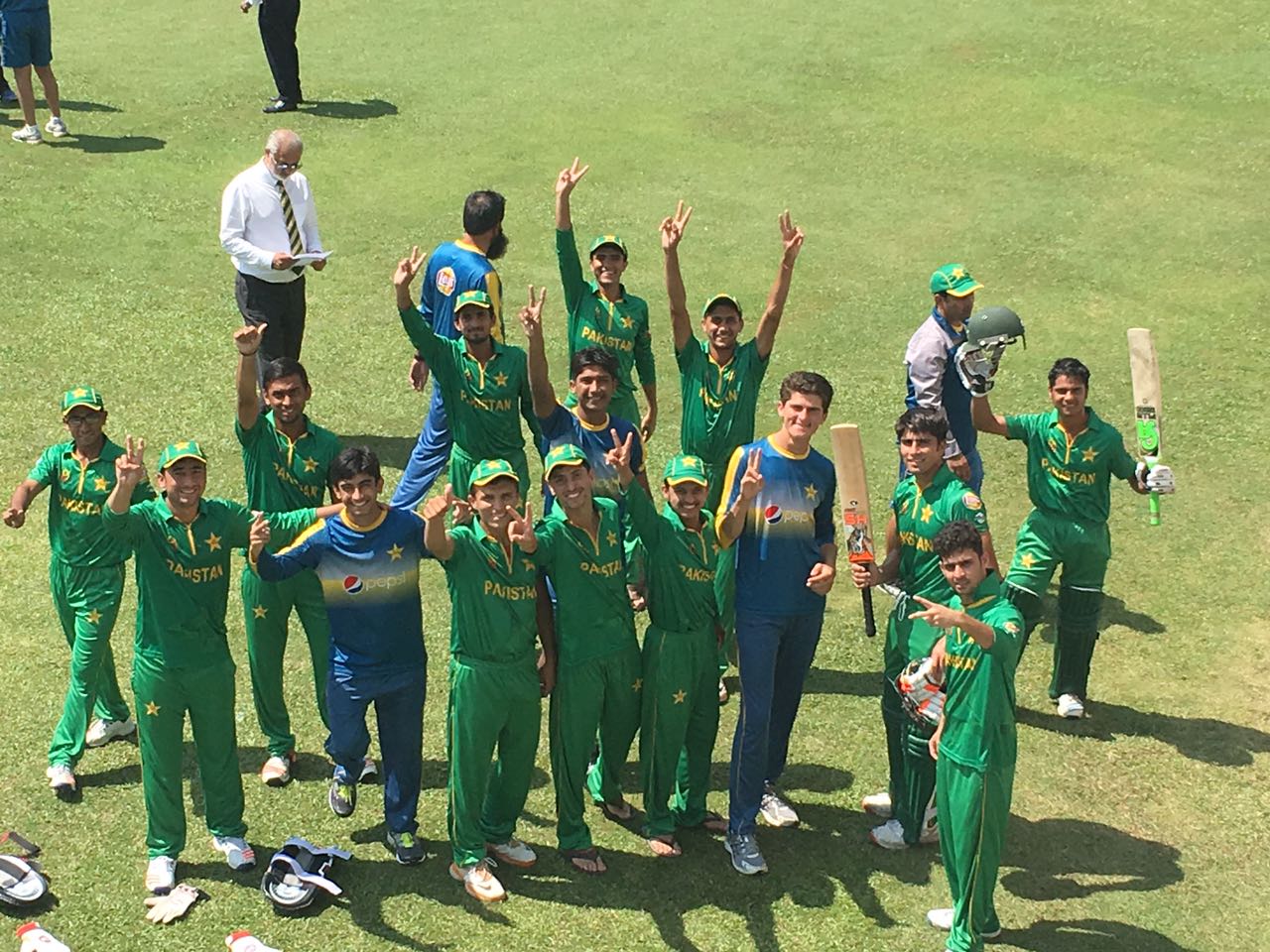 The Pakistan U19 team enjoys their moment in the sun after claiming an emphatic win against Singapore. PHOTO COURTESY: PCB

KARACHI: Mansoor Ali’s unbeaten half-century and a three-wicket haul by Shaheen Afridi helped Pakistan drub Singapore by nine wickets in their opening match of the U19 Asia Cup on Thursday in Galle.

Pakistan bowled out their counterparts for just 78 in 24.1 overs, with Afridi starring with figures of 3-27. He was well-supported by the other bowlers though, with Muhammad Hasnain also claiming a couple of wickets as the youngsters shared the wickets amongst themselves.

Pakistan U19 team leaves for Asia Cup in Sri Lanka

Chasing the simple 79-run target, Mansoor’s 32-ball 56 got Pakistan to the target in just 8.3 overs.

Pakistan have been drafted in Pool B of the tournament with Afghanistan and Bangladesh also placed in their group.

Pakistan knocked out of U19 World Cup