In German­y, it’s hard to find illega­l work and even if there is one, it is underp­aid
By Atif Tauqeer
Published: December 15, 2016
Tweet Email 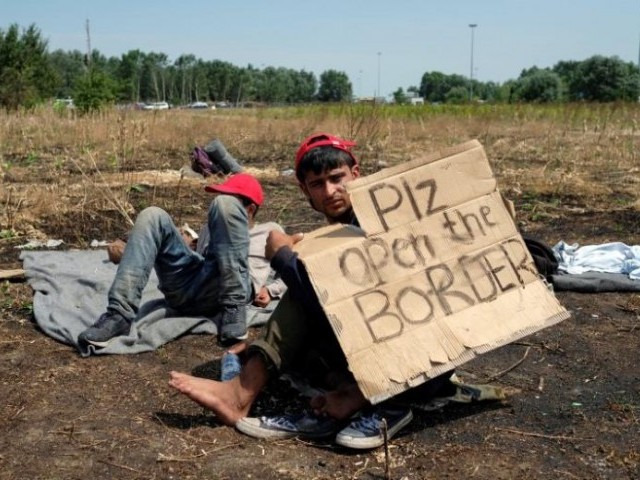 On a chilly December evening in Germany, Muhammad Azam* walked out of a garden with shreds of leaves all over his clothing and only €20 in his pocket. Even after pulling a 12-hour shift of trimming trees and mowing grass, Pakistani migrant Azam earned this meagre amount because he doesn’t have a permit to work in the European country and is forced to do odd jobs.

In 2015, it was life as usual in Gujranwala when Azam first heard about Germany opening its borders for refugees. Soon he came across people who enticed him into travelling to Germany with hopes of a high-paying job and a better life. Little did he know that these people were nothing more than human traffickers. “I gave up everything to get here. I sold my grocery shop in Pakistan and even my wife’s jewellery,” Azam shares.

After paying the initial amount of Rs30,000, Azam and 10 other people were taken to Balochistan from where they entered Iran in a small boat the next day. “Iranians were very tough on us. We were arrested upon arrival and they threatened to deport us back to Pakistan. We were scared but then after paying a bribe, we were freed,” Azam says.

The group then travelled close to the Turkish border in a car. “The vehicle was packed with 12 passengers and it was difficult to even breathe. I was thrown into the trunk and we drove for two days straight with only three stops for food and restroom,” Azam recalls.

One of passenger, Azam shares, could not survive the challenging journey and died on the way. “He was sick and we couldn’t save him. I still remember his last moments in the car; he wanted to go back to Pakistan,” he says.

From the Iranian side of the border, through a mountainous area, Azam and his fellow migrants walked for nearly 70km. “Unfortunately, we encountered robbers there. They snatched our bags, food and other belongings at gunpoint. Thankfully, I had some money hidden in my sleeves which the robbers couldn’t steal,” he tells us.

Azam used the remaining money to pay smugglers to cross the Aegean Sea in a rubber boat. He arrived in the Greek island of Lesbos and marched through the Balkan states to enter Germany in December 2015. 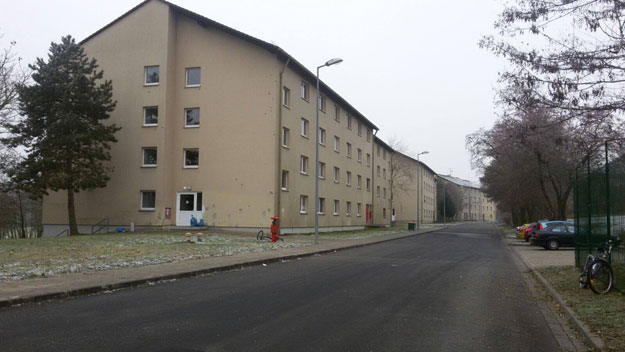 Almost a year has passed since Azam got on the migrants’ trail but his fate is still hanging in the balance. “If you are from Syria or Iraq, the German authorities take your asylum application seriously but if you are from Pakistan, they take months after months to process,” he says.

With no savings and no permission to work, Azam is dependent on state stipend which he says is not enough to cover expenses. “My family calls me every day asking for money but I don’t have much to send them. That is why I have started working illegally,” he says.

In Germany, it’s hard to find illegal work and even if there is one, it is underpaid. By law, every employer must pay every worker over €8 per hour but illegal labourers sometimes end up working for as low as €2 an hour. 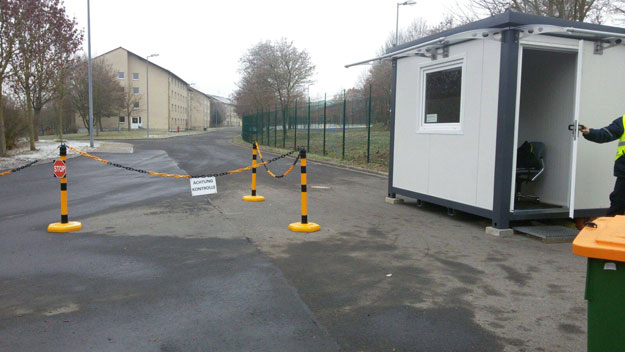 This is the reality Azam and many other Pakistani migrants live with in Germany. Another issue is the language barrier they face in the German-speaking country. Despite many government schemes to teach the national language and integrate refugees into the society, many of them – especially Pakistanis – face difficulties in learning the new language.

Asad Khan*, a trained nurse and polio worker from Peshawar, left Pakistan after militants threatened to hurt him.  “My family asked me to leave the city,” he says sombrely.

Khan also arrived in Germany through the Iran-Turkey route and is waiting for a decision on his asylum application. “I would not even tell my enemies to take the journey I took to reach Germany but sadly, the hardships are not over yet and there’s no end to this pain,” he says.

“It’s really tough here. I hope I am granted asylum and permission to work so that I can support my family back home,” Khan adds.

The former Peshawar resident is hopeful of finding a job easily because of his qualification. “I focused on learning German language soon after I came here and then I did an internship at a hospital. Once I get the permission to work, it would not be difficult to get work,” he hopes.

*Names have been changed to conceal the identity

Atif Tauqeer is a freelance journalist based in Germany.