Pakist­an is all set to face Austra­lia in the semi final of the Twenty 20 World cup on Friday. The semi final...
Published: May 12, 2010
Tweet Email 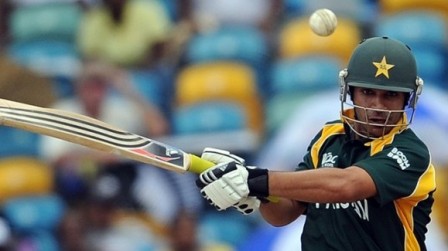 SAINT LUCIA: Pakistan is all set to face Australia in the semi final of the Twenty 20 World cup on Friday.

The semi final slots were confirmed on Tuesday with Australia and Sri Lanka’s victories in their respective matches.

Australia defeated West Indies by six wickets in Saint Lucia to set up a match against Pakistan.

Chasing 106 for victory, Australia reached their target in the 17th over.

Sri Lanka will play against England on Thursday in Saint Lucia while the other two qualifiers Australia and Pakistan will play the semi final on Friday.

The winning teams will return to Barbados for the final match of the tournament on May 16th.