Pakist­an coach Waqar Younis insist­s the World Cup is clean and urges an end to talk about match-fixing in cricke­t.
By AFP
Published: March 2, 2011
Tweet Email 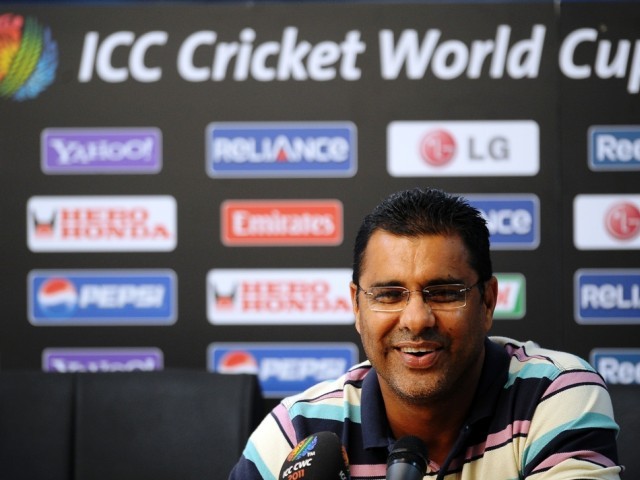 "Let’s not talk about it" - Waqar Younis. PHOTO: AFP

COLOMBO: Pakistan coach Waqar Younis Wednesday insisted the World Cup was clean and urged an end to talk about match-fixing in cricket.

His comments come after Sri Lankan state TV channel ITN speculated over whether Sri Lanka’s Mahela Jayawardene and Thilan Samaraweera may have “changed the game” by getting out cheaply in their team’s defeat against Pakistan.

The station added a local businessman had placed an $18,000 bet on Sri Lanka losing the game.

Sri Lanka’s cricket authorities angrily denied the allegations and Jayawardene was considering legal action against the station for implying he was guilty of corruption, the BBC said.

Indian media also reported that Australia’s slow start in their innings against Zimbabwe was “scrutinised by the International Cricket Council anti-corruption and security unit” — speculation laughed off by Australia’s Brad Haddin.

All three have registered appeals, the Court of Arbitration for Sport has confirmed. They are also facing criminal prosecution in Britain with an initial court appearance set for March 17.

Asked how he felt now that Pakistan were of the limelight, Waqar said: “It feels great, but let’s not talk about it. I think the games have been pretty fair, the entire tournament has been pretty clean, if you ask me.

“The teams who are better have won games and I think it’s pretty clean. People talk about these things because nowadays it is on. I’m glad Pakistan is not in it, so good for us.”

Waqar said he was confident his team would keep up their winning momentum after beating Kenya and Sri Lanka in their first two matches.

“Everyone knows the importance of the tournament, so I don’t think there is any easy match or that any match will be taken lightly,” said Waqar, whose team takes on Canada on Thursday.

“We played very well against Sri Lanka but it’s still early days. There are bigger teams ahead so we need to come out and importantly keep the momentum going,” said Waqar.

Waqar singled out fielding as one area where Pakistan still needed to improve.

“When you compare our fielding with other teams, say like South Africa, Australia and England, we have a long way to go but I think we are getting there,” said the coach.

Pakistan are likely to bring in off-spinner Saeed Ajmal for injured left-arm spinner Abdur Rehman and Asad Shafiq for in-form Misbah-ul-Haq, who suffered a hamstring injury.