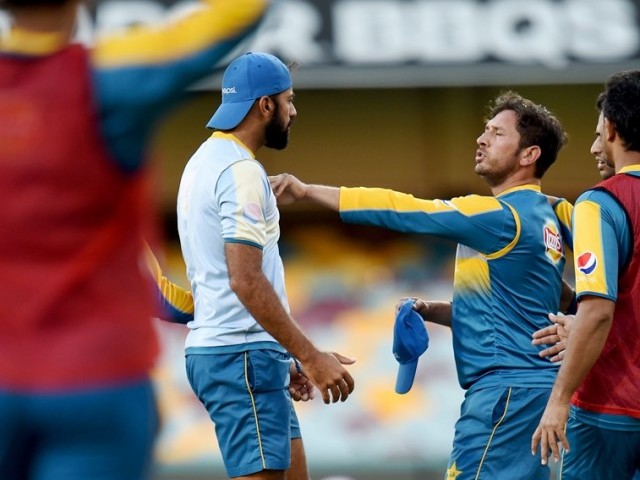 Pakistani players Yasir Shah (R) and paceman Wahab Riaz (C) confront each other during a football game in the team's training session at Gabba in Brisbane. PHOTO: AFP

KARACHI: The Pakistan’s team management is likely to take action against fast-bowler Wahab Riaz and leg-spinner Yasir Shah after the teammates were involved in a scuffle during a practice session in Brisbane on Wednesday.

According to a PCB official, the duo came to blows following an argument while playing football on the eve of the opening Test against Australia starting from Thursday. 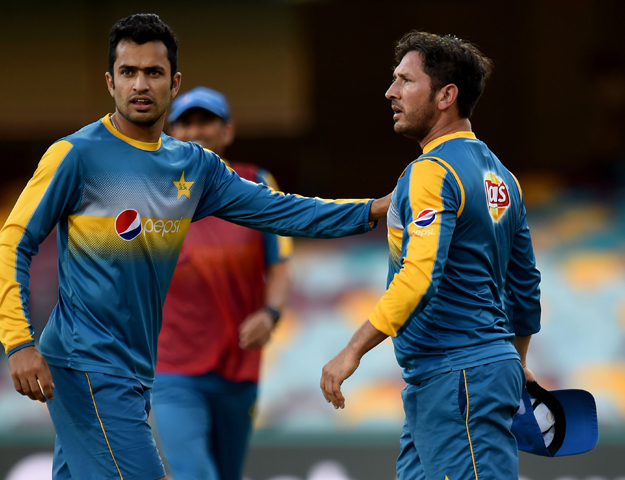 “Nothing major happened but that is a disciplinary breach,” the official told The Express Tribune. “The team management may take action against the two players after hearing from them.” 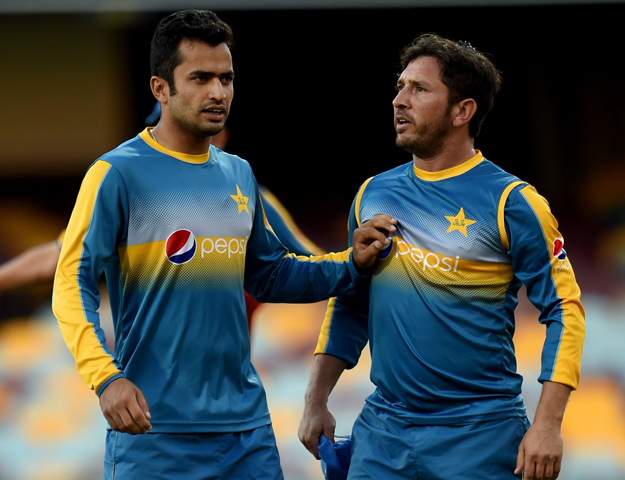 Pakistan players have a history of altercations during international tours with the brawl between former fast-bowlers Shoaib Akhtar and Muhammad Asif in Johannesburg in 2007 ICC World Twenty20 being the most infamous one.

The two were involved in a dressing-room spat which resulted in Asif being struck by a bat on his left thigh. Akhtar was later sent home over the disciplinary breach.

Both players also published a video saying there is nothing wrong between them.

“Hi guys there is nothing wrong, as is being told in the media. Me and Yasir are very good friends and nothing happened between us. We are united and we will play together tomorrow and you have to pray for us,” says Wahab in the video.

BREAKING: And here we go….
This is it! Brothers bond again :)#AUSvPAK pic.twitter.com/Dz304aqMlw

Five things which will decide the first Australia-Pakistan Test