Both cubs are health­y and feedin­g on their mother’s milk
By Kashif Zafar
Published: December 14, 2016
Tweet Email 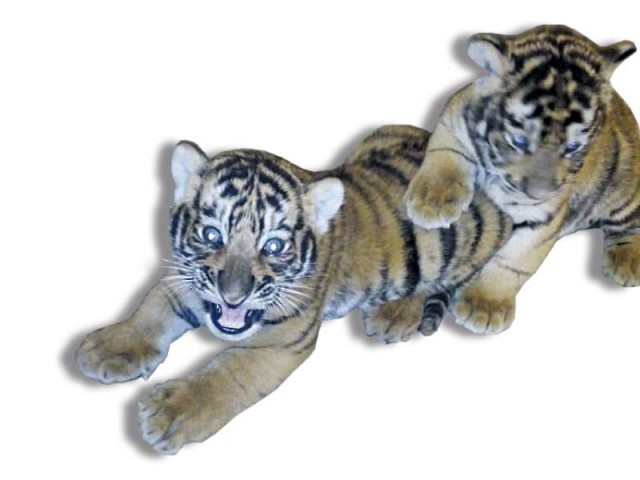 Both cubs are healthy and feeding on their mother’s milk

BAHAWALPUR: People in large numbers visited Bahawalpur zoo after a tigress gave birth to two cubs some three days back.  The zoo administration said they had made special arrangements to feed the cubs and to ensure their cage’s cleanliness.

Bahawalpur Zoo Veterinary Doctor Sohail Azmat told The Express Tribune that the tigress gave birth to two beautiful cubs. “One is male and the other is female.” He added that both cubs are healthy and feeding on their mother’s milk.

As soon as the news of the baby tigers spread, people along with children started visiting the zoo to catch a glimpse of the cubs.

While speaking to The Express Tribune, Muhammad Muaz, 12, a resident of Islami Colony said, “The cubs are beautiful and I want to take them home.” He added as soon as he heard that the tigress had given birth to the cubs, he asked his father to take him to the zoo.

Similarly, nine-year-old Muhammad Zain from Muhammadia Colony said he always wanted to see baby tigers in person and this was his dream come true. “I am very happy to see the tigers.”

A resident of Islami Colony, Tauqeer Anwar, said his sons told him about the cubs and they insisted on visiting the zoo. “Therefore, we came here to see the cubs. Both cubs are beautiful and a source of attraction for the people.” The Bahawalpur Zoo is well known in the country for breeding lions and tigers.

Earlier in May 2016, two baby tiger cubs were born in Lahore Zoo. Hontty, the tigress, gave birth to the healthy baby tigers. The cubs attracted people from different areas and districts of Punjab.

Similarly in 2013, a Bengal tigress gave birth to four cubs in Bahawalpur zoo.