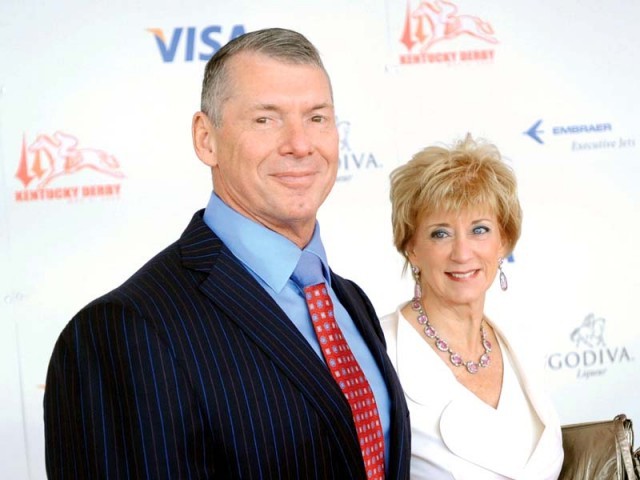 KARACHI: US President-elect Donald Trump has been under fire since day one and he has recently attracted even more criticism for his choice of cabinet members, many of whom have been unqualified or undeserving. In a rather unsurprising move, Trump has now picked the co-founder of WWE, Linda McMahon, to lead Small Business Administration (SBA) in his government.

The position requires the administration to train and financially support small businesses. Whether McMahon is qualified for the job or not is debatable, but Trump’s decision is questionable as McMahon previously donated $7 million to his election campaign. The public perception is that Trump is merely paying back for her support.

McMahon helped her husband Vince McMahon turn a regional wrestling promotion to a globally successful public company, WWE, and also served as its CEO until 2009. In 2014, she co-founded an event-based mentoring business called Women’s Leadership LIVE, which aims to educate and support female entrepreneurs.

Since quitting WWE, the Connecticut Republican has unsuccessfully run for the US Senate in 2010 and 2012, despite spending $100 million on her campaigns – double of what Trump spent on his.

Trump’s reasoning for selecting McMahon is that he believes she is going to put his “America First” agenda forward. “Linda has a tremendous background and is widely recognised as one of the country’s top female executives, advising businesses around the globe,” Trump said in a statement to Forbes magazine. “She helped grow WWE from a modest 13-person operation to a publicly traded global enterprise with more than 800 employees in offices worldwide.”

Interestingly, the WWE became an international conglomerate – the wolf of the pro wrestling business – by eliminating small businesses. For decades, the wrestling business was dominated by a group of promotions such as Mid-South Wrestling, National Wrestling Alliance, with informal regional boundaries that were respected by other promoters. Back in the ‘80s, WWE was on the rise and throughout the next two decades, it conquered all and stood tall.

McMahon, alongside her husband, was part of that rise. This poses two interesting situations: Firstly, how can a businesswoman, who wiped out small businesses for her own conglomerate, help and support small businesses? Secondly, we must not forget that WWE was once a regional territory as well. It was Linda and Vince McMahon who took the ball and ran with it to massive success.

Regardless of her credentials, McMohan’s appointment leaves a bad taste in people’s mouths, especially because of her association with pro wrestling – a sport that has forever been considered a bit of an outcast.

While her appointment may have resulted from supporting Trump, it will be interesting to see how she uses her extensive experience. After two futile attempts, McMahon is finally part of the cabinet and if she injects the same passion in her new job, she just might be able to bring the next WWE to the fore.

I don’t believe in being Mr Perfectionist: Aamir Khan