Not War, Not Peace?

Not War, Not Peace?

Lately India has been using a combin­ation of her ‘hard- and soft-power’
By M Ziauddin
Published: December 9, 2016
Tweet Email 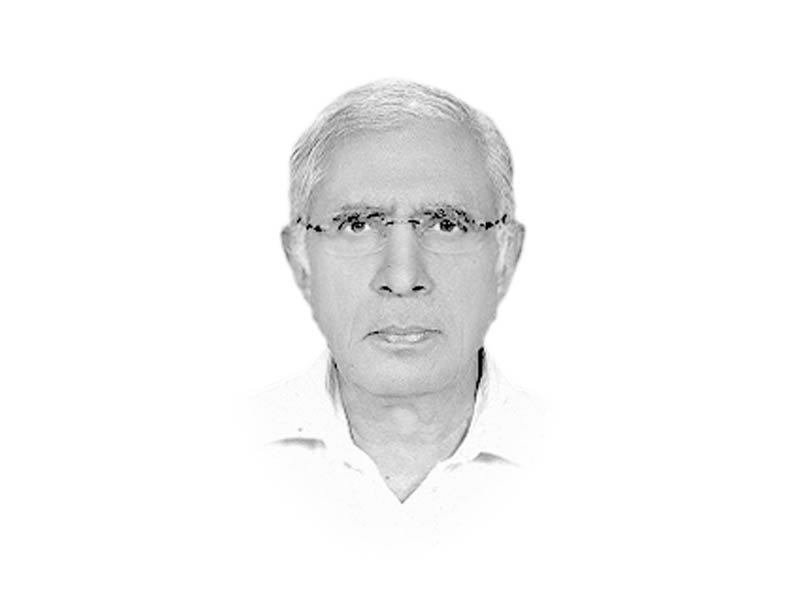 Not that our security establishment has not yet caught on to what India is up to since Uri: Ganging up along with Afghanistan against Islamabad at the recently held Heart of Asia Conference, failed attempts to do the same at the last BRICS summit, boycotting the scheduled SAARC summit and taking along with it Afghanistan, Bangladesh, Sri Lanka and Bhutan etc., failed signature campaign urging the US legislators to declare Pakistan a terror sponsoring country, refusing to play cricket at any level or any form of the game, heating up the Line of Control in Kashmir and violating the ceasefire along the working boundary, claiming ‘successful’ surgical strike across the LoC that never happened and threatening the lower riparian state  with abandoning the age-old Indus Water Treaty unilaterally.

Indeed, lately India has been using a combination of her ‘hard- and soft-power’, in an almost risk-free measure, so far, to politically isolate Pakistan in order perhaps to compel it to abandon post-haste what New Delhi believes to be Islamabad’s official policy of using the so-called ‘non-state actors’ to terrorise it into giving up its claim on Indian Held Kashmir. And this, our security establishment knows very well and hopefully also knows how to meet this challenge without getting provoked into doing something drastic enough to attract international censure, re-enforcing the Indian case for getting Pakistan declared as a terror sponsoring state.

However, the tension is so taut that it could snap any time leading to the unthinkable — a nuclear clash between the two hostile neighbours. In order to avert such an accident in pursuit of their respective goals the security strategists of the two countries would do well to analyse from their own respective perspectives the conclusions arrived at by George Perkovich (Vice President for studies at Carnegie Endowment for International Peace) and Toby Dalton (Co-Director of Nuclear Policy Program at Carnegie Endowment for International Peace) in their co-authored book Not War, Not Peace? Motivating Pakistan to Prevent Cross-Border Terrorism.

Here are a couple of relevant excerpts from the last chapter (Conclusion) of the book: “India and Pakistan are approaching rough symmetry at three levels of competition: sub-conventional, conventional, and nuclear. One of the countries may be more capable in one or more of these domains, but each has now demonstrated enough capability in all three domains to deny the other confidence that it can prevail at any level of this violent competition without suffering more costs than gains. This condition of rough balance and deterrence across the spectrum of conflict amounts to an unstable equilibrium. Any number of actions by leaders and/or non-officials, taken by mistake or on purpose, could destabilise it. But at the same time, the existence of basic balance creates an opportunity for leaders to take steps to stabilise and pacify the Indo-Pak competition. Diplomacy and deal making cannot shift balances of power and deterrence, but they can solidify them through explicit agreements that clarify expectations and standards of behaviour. Such agreements — essentially, negotiated accommodations — raise the stakes for any authorities that would subsequently violate them. This is all the more relevant when major outside powers have a stake in the stabilisation that has been achieved. In this case, a coalition of stakeholders has an interest in motivating the parties to meet their obligations, including by punishing them for failing to do so” (Pp276).

And finally, “History teaches that not all problems have solutions, or that people often will not pursue solutions because it seems easier to live with familiar problems. The analysis presented in this book shows that there are no clear solutions that India can unilaterally pursue to end the threat of violence from Pakistan. Some are more or less likely to be effective at greater or lesser risk and cost to India. But only a combination of Indian coercive and non-violent policies and capabilities, paired with willingness to bargain, can motivate Pakistan to remove the threat of violence. It is up to Indian and Pakistani leaders and societies, with encouragement from the international community, to find a combination that will work for them. If the analysis of this book helps inform the search for this combination, it will have achieved its purpose” (Pp279-80). The bottom-line, therefore, is ‘willingness to bargain’ for a ‘negotiated accommodation’.