Rising star was one of 48 victim­s of Haveli­an crash
By Umer Farooq
Published: December 8, 2016
Tweet Email 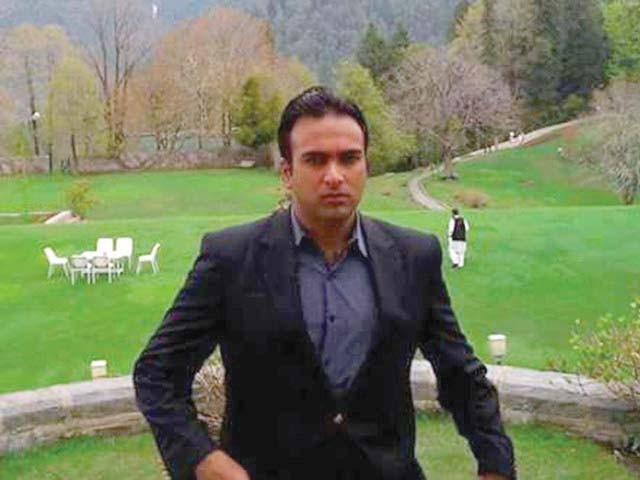 PESHAWAR: My only wish is to see my son posted as deputy commissioner. This was the last thing Peshawar Deputy Commissioner (DC) Riaz Mehsood heard from the late mother of his Chitral DC Osama Ahmad Warriach.

At just 31, Warriach, a victim of the Havelian plane crash, has joined his mother far too soon.

Despite the fact that his career was nipped in the bud, Warriach had became famous in the provincial capital for carrying out operations against drugs dealers, land grabbers, encroachers, and other illegal acts that he could combat.

The former Peshawar additional DC never worried about stepping on the wrong toes, as he took action and even sealed many restaurants owned by influential people, including one in a five-star hotel in the provincial capital, for selling unhygienic food or failing to meet other regulations.

“Despite being posted as an ADC –normally a desk job – he would always be in the field,” said Mehsood. The Peshawar DC, who was on his way to the crash site. He added that he has worked with many officers in his career, but had never seen such a brave person.

“I have seen many officers, but none as daring as Warriach, an excellent professional who could become friends with anyone he spoke with,” Mehsood said, while adding that the young Pakistan Administrative Service officer had done a great job
for Peshawar.

Mehsood said Warriach would always come up with great new ideas and credited him for raising the Frontier Task Force in the provincial capital, while also praising his recovery of land worth millions of rupees.

“Everyone would talk about him and I was curious to meet him since he [Warriach] left for Chitral days before I was posted to Peshawar,” Assistant Commissioner Fazilat
Jahan shared.

She says that she eventually met him in Chitral during a family vacation, where he also motivated and encouraged her. “I still don’t believe we have lost such a brilliant officer,” Jahan told The Express Tribune.