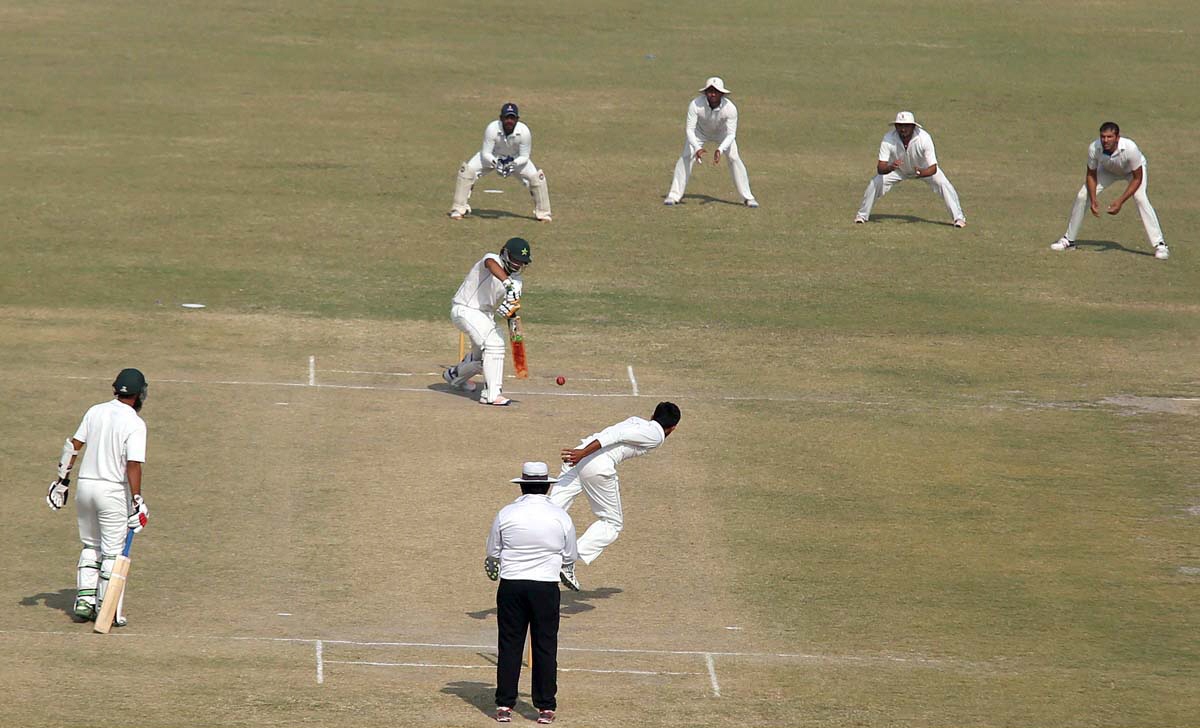 WAPDA will now face HBL in the final of the Quaid-e-Azam Trophy which will be a day-night affair. PHOTO: APP

KARACHI: Three wickets each by Muhammad Asif and Waqas Maqsood steered WAPDA into the final of the Quaid-e-Azam Trophy after their match against SSGC ended in a draw at the Arbab Niaz Stadium in Hyderabad yesterday.

WAPDA were on 136-4 in their second innings when the umpire called time on the day’s play, ending the match in a draw and allowing WAPDA to reach the final courtesy their first-innings lead.

SSGC head coach, after the match, rued what he considered as biased umpiring at crucial junctures of the match. “The umpiring was very poor throughout the match. Amin was given out when the ball bounced off the ground. He was batting on 90 and the umpire Qaiser Waheed wrongly gave him out.”

In the other match, a seven-wicket haul in the second innings by the tournament’s leading wicket-taker Muhammad Abbas led KRL to a 26-run victory over NBP.

NBP, chasing 142, resumed their second innings on 54-4 and could only reach 115 as Abbas ran riot to end the match with 10 wickets across both innings.

Meanwhile at the National Stadium of Karachi, SNGPL defeated Karachi Whites by 190 runs after Asad Ali and Muhammad Imran took four wickets apiece to restrict the Karachi outfit to 202.

Karachi Whites had resumed the day on 63-5 needing 330 more runs to reach the 393-run target but were unable to do that despite Daniyal Ahsan’s half-century.

The five-day final will be played from December 10-14 between WAPDA and HBL at the National Stadium of Karachi with the pink kookaburra ball under lights.

Fallen but not forgotten: Sudamericana title awarded to Chapecoense