From Imran Khan to Bhutto, from Tahiru­l Qadri to Altaf Hussai­n to Zia, our Pied Pipers have come from divers­e domain­s
By Hasnain Iqbal
Published: December 5, 2016
Tweet Email 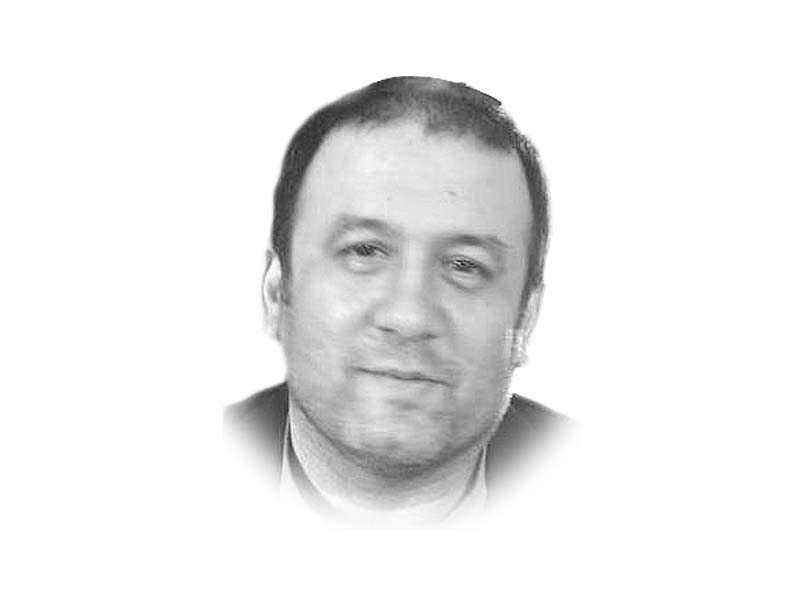 The writer works for the public sector. He moonlights as a journalist and is a graduate of the University of Warwick

As kids, we all enjoyed the tale of the Pied Piper, who lured children away as he played his magical pipe. The legend dates back to middle ages and has its roots in Hamelin, a town in Germany. The Pied Piper, attired in vivid, bright coloured clothes, was a rat-catcher hired by the town to lure the rats away. When the citizens refused to pay for this service, he punished the town people by using his pipe’s power on their children, leading them away like rats never to be seen again. Legend has it that the events actually happened and the story gradually became a part of the folklore. Some say that the Pied Piper was actually a symbol of hope for the people of Hamelin, as he saved them from disease and death. The truth, however, remains shrouded in mystery, buried in the sands of time. An apocryphal event or a true story, the account is remarkable for its similarities with the modern day Pakistani society.

We have had a panoply of Pied Pipers and the list is interminably long. From Imran Khan to Bhutto, from Tahir ul Qadri to Altaf Hussain to Zia, our Pied Pipers have come from diverse domains including armed forces, politics, landed aristocracy and religion. Imran Khan leads the people to Islamabad but they all thankfully come back. He is, of course, considerate enough to lure both the children and their elders. So does TuQ. The Hamelin guy wore tights and bright, multi-coloured clothes. TuQ sports a flowing, embellished robe and an equally enchanting cap. While the legend walked, ours are driven in bullet proof SUVs. Times have changed. One thing, however, remains the same. How these Pied Pipers play their revolution tune and how we all sway. Are these Pied Pipers fabrications of an innate national longing for messiahs and miracles or meticulously choreographed ballets by the puppeteers? I am not sure. But we, in this part of the world, seem to be genetically inclined to offer unquestioning fealty to the chosen Pied Piper.

Let’s agree on few things. Pied Pipers have both good and bad sides, bringing to life Stevenson’s Jekyll and Hyde. The Pied Pipers are charismatic and manage to conjure impressive following. Their followers include elders, women, girls and kids who seem to be imbued with the belief that they are marching for a great cause. The TuQ siege of Islamabad, many say, had thousands who marched to his tune braving the biting cold for three days and three nights. The guy struck like a bolt from the blue, managed to rally people, media around to drink from his revolution potion, held the political ilk breathless and finally called off the March singing victory. Imran’s famous dharna was little different and lasted several weeks. In both cases, the Pied Pipers successfully intimidated the government into buying into the conviction and fervour of their pronouncements and a penumbra of apprehension hung low over Islamabad. In fact the whole nation breathlessly waited for something to happen.

Military has been no exception. Perhaps the most infamous Pied Piper of all was Ziaul Haq. He sang Islam, leading the whole nation down the abyss of extremism and religious intolerance. Musharraf played the tune of ‘Enlightened Moderation’ and we followed. General Raheel oversaw ISPR’s transformation into a Pied Piper with unparalleled clout over public opinion. People now trail the ISPR tweets which has had a significant impact on shaping the national attitude towards issues of importance. From military’s opinion on national security and foreign policies to chief’s displeasure on issues to disseminating live updates on counter terrorism operations, ISPR has become the frighteningly ubiquitous, a true modern day manifestation of the folk legend.

Most Pied Pipers speak ill of the futility of the electoral system that unfailingly fails to weed the rotten out. They dismiss examples of Western democracies as fruits of unimpeded political process. Truth is democracy blossomed in the West over centuries and was hardly a consequence of mere recurrence of elections. Several other variables like a robust, across the board, accountability system, law and order, education and justice for all and equitable distribution of wealth went a long way in shaping democracy. Justice freed people from the compulsions of relying on clan, bribe, and connections to seek the rightful. Education meant an improved awareness of one’s rights and a better understanding of who to follow and why.  The academic discourse on democracy is unequivocal in saying that good governance is a great enabler and affords people an opportunity to make rational choices which is an anathema to the Pied Piper phenomena. Our society will continue to create Pied Pipers and those who blindly trail them until and unless the variables in question are addressed.