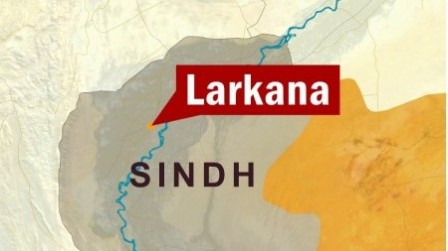 Survey reveals what people of Larkana have to say about BB’s murder report.

LARKANA: While political parties have completely rejected the UN Commission’s report on the assassination of Benazir Bhutto, some social workers believe this is the first step towards catching the culprits.

Express News carried out a survey which showed that several political figures demand the formation of a judicial commission to carry out the investigations of her murder. Pakistan Muslim League- Nawaz’s Advocate Babu Sarfaraz Jatoi said that his party is not satisfied with the report and they believe that it was a waste of money.

“The report did not reveal the names of Bhutto’s killers and it failed to give any clues about them,” he complained. Jatoi said the UN Commission did not take witness accounts of the people who were accompanying her on the day of her assassination in Rawalpindi’s historic Liaquat Bagh. He believes that those people are equally responsible for her death, as is the Musharraf government. The people behind Indira Gandhi’s murder in India were brought to justice and the same should be done to Bhutto’s killers, Jatoi asserted.

Pakistan Muslim League- Quaid’s Babu Sarwar Siyal claimed that Rs600 million, belonging to the national exchequer, were spent over the UN Commission’s investigations. He was disappointed that the result was a report that could easily have been presented by any constable or clerk at the police department. The report failed to identify the killers and has been unable to put an end to the debate over who washed the crime scene, said Siyal, adding that the people of Larkana have become more resentful since the report.

According to Sunni Tehreek chief Maulana Ali Nawaz Qasmi, his party is not satisfied with the investigation, claiming that the facts have not been presented correctly. Qasmi demanded that investigations should be carried out by a judge from the Supreme Court to find the culprits. “We have a feeling that Benazir’s assassination will not be dealt with in a just manner as killers of important personalities have never been captured in the history of Pakistan,” claimed Qasmi.

However, Larkana’s social workers have accepted the UN Commission’s report. Aine Kangoo, in charge of Larkana Blood Bank, said that she was satisfied with the report as it has complete facts. She felt that if the government follows the indications made in the report with sincerity, the killers would be caught in no time. “Not only the people of Larkana but people across the country want the killers of Bhutto to be hanged,” Kangoo said. Meanwhile, some criticised the investigation procedure.

Sher Muhammad Panhor, a worker at the Hyderabad Electric Supply Company (HESCO), pointed out that no FIR was registered and no judicial commission was formed. In the presence of strong agencies, justice cannot be assured in our country, Panhor said. Sindh National Front’s Sikandar Kalharo said that the names of the killers were not disclosed in the report but it is important that it mentioned the names of government officials who were accompanying Benazir at the time, including Babar Awan, Farhatullah Babar and Rehman Malik.

Minorities’ leader Gregory Jarvis said he was also not satisfied with the investigation outcome, as the evidences were removed from the site on the day of the incident, so there was no basis for thorough investigations. “In the absence of evidences, the investigators could only talk hypothetically,” he added.