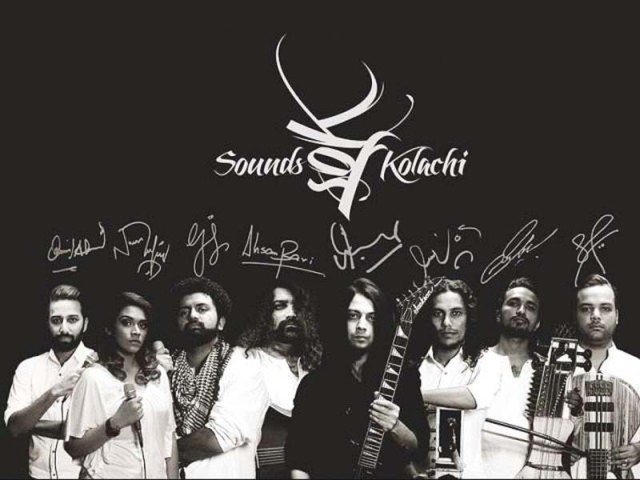 KARACHI: According to earlier reports, the Ahsan Bari-led troupe Sounds of Kolachi was set to release their debut album Ilhaam in November. However, the release has been delayed till at least January, 2017. Talking to The Express Tribune, Bari, the music director of the band, cited budget issues for the delay.

“You know, it’s the standard Pakistani issue. There were some budget problems and we didn’t want to rush it,” he shared.  “The album has some groundbreaking stuff. We have got names like Faraz Anwar and Aahad Nayani on board and we did not want to just release it and let it get lost in the shuffle. It has to be released on a bigger level.”

The debut album will feature eight tracks performed by the group that includes the likes of Natasha Beyg, Gul Muhammad, Waqas Hussain, Sameer Ahmed and Saif Abbas Rizwan. It will comprise of songs in their standard Sufi rock style.

In an earlier interview, Bari explained the album’s title, saying, “Ilhaam is the moment just before a revelation. The moment before inspiration strikes. That’s where the title comes from.” He added the album will include a variety of songs, including some instrumentals. “One is totally gibberish, with the bol of the tabla being sung as a song. It’s going to be a lot of fun.”

We never work to cause revolution: Amitabh Bachchan