The transgender actor who is going places

The transgender actor who is going places

Neeli Rana taking one step at a time to empowe­r fellow artist­s from the commun­ity
By Adnan Lodhi
Published: December 2, 2016
Tweet Email 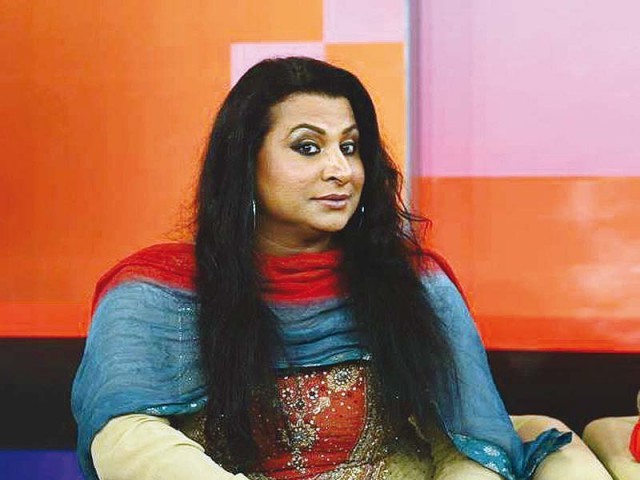 Rana and six other transgendered actors recently went on a performing tour to universities across the US. PHOTO: FILE

LAHORE: Neeli Rana is an unlikely icon for Lahore’s artist community. In a society that continues to struggle over issues of gender and sexuality, the 41-year-old transgendered actor has somehow managed to become one of the most sought-after personalities in the city’s commercial and parallel theatre circuit.

“I am an idol for my people because I have represented them both in Pakistan and abroad,” Rana tells The Express Tribune, referring to her recent performances in the US and Denmark. “It was a moment of great pride for us all, that my work was appreciated internationally. The attitude towards the transgendered generally seems to be more positive abroad, unlike in Pakistan, where we are still yearning for basic human rights.”

While the world lost sleep over which bathroom transgendered people should use, the actor took whatever little she had and made it big. “A transgendered person is, by birth, an artist. We can sing and dance better than most other people and consider it a great honour to do so. That’s why I ventured into acting. I wanted to encourage my community to come and try their luck in this field too,” she shared.

According to Rana, there are some 20,000 transgendered individuals in and around Lahore, majority of whom are employed in the entertainment sector, performing at private parties and weddings, if not on stage. But there is a dire need to hone new talent and steer it towards relatively more “professional” work. “We lack platforms where we can develop our talent. I am doing my part to train aspiring actors but still, we need institutions or academies for transgendered people to connect with their inner artists through,” she claims, adding that the government should step up for transgender inclusion in all activities.

Somewhat of a one-man army and hero for the transgendered masses, Rana has a keen strategy to achieve what she wants.  She has been employed in theatre for years now but shifted her focus to social welfare and the betterment of her people just three years ago. “I am acting with a vision now and that vision is change. I know I can give my people a whole new life by introducing them to art,” she states. “I want them to have their own identity in theatre.”

One particular issue that Rana hopes to rectify is how transgenderism is depicted in the media.  “It’s extremely hurtful when male actors portray us in films or plays because they do not do it accurately. It’s high time the media came up with better ideas for entertainment and consider us as serious, potential employees. We too, want to support the industry,” she says.

As part of her mission for change, Rana and her colleagues have been working with some private producers and various NGOs that share their sentiments and wish to give transgendered people their due share. Her timing couldn’t be better, seeing as how even Pakistanis are beginning to view the community in a new light — albeit slowly. “The time is ripe for us to face the music and be proud of who we are,” adds Rana. “Transgendered people are coming up in fields like modelling and acting. We have an identity in the eyes of the government now. We’ve tolerated poverty, ridicule and even rape for long enough and I think, to counter it all, we must take the stage and make people aware of ourselves.”

From Iran, with love