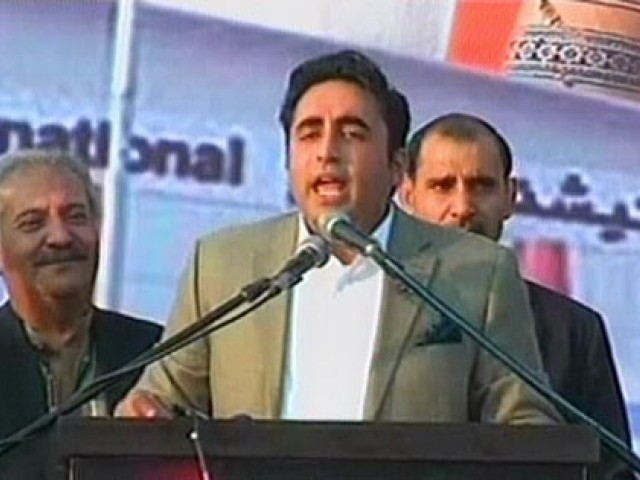 Following the December 2014 Peshawar attack, NAP was formulated by the civil-military leadership to crack down on terrorism, and supplement the continuing offensive against militants in North Wazirtistan and FATA.

During an address to party workers at Bilawal House in Lahore, the PPP chairman chanted the slogans of “Go Nisar Go” with his party workers, and said: “The Go Nisar Go slogan is now emerging from Takht-e-Lahore.”

Bilawal slammed the ruling party for not paying heed to the PPP’s demands, including the one relating to the probe of Panamagate scandal. “If the PML-N doesn’t accept our demands, my slogan will change from ‘Go Nisar Go’ to ‘Go Nawaz Go’,” he said.

The PPP wants the enactment of the Panama Papers Inquiries Bill, 2016, implementation on the all parties conference’s recommendations with regard to the China-Pakistan Economic Corridor, a parliamentary committee for oversight of the National Action Plan and appointment of a foreign minister.

The party chairman had earlier this month warned the government that if it failed to accept the PPP’s demands regarding Panamagate, protests, sit-ins and a long march will be carried out.