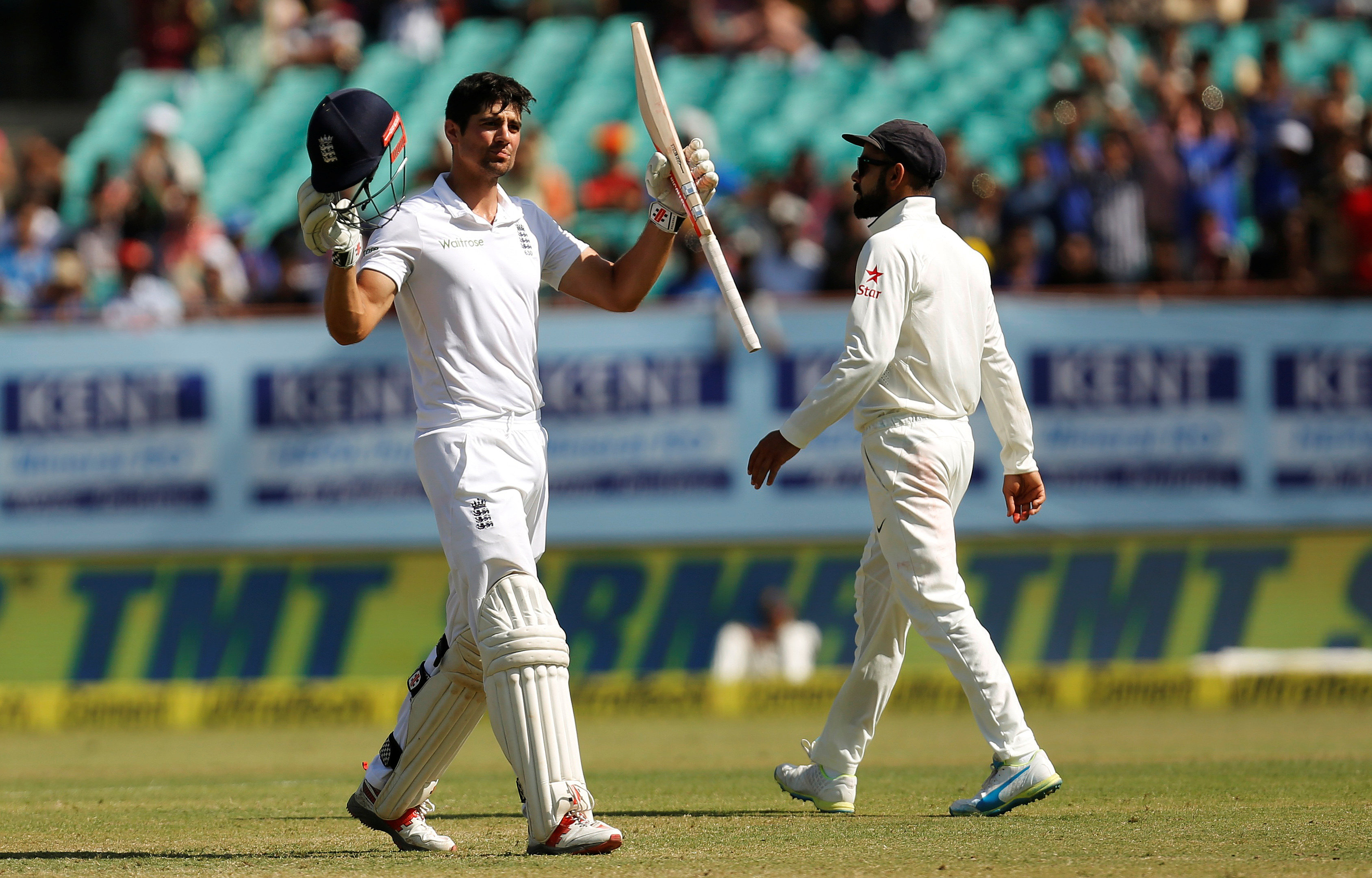 NEW DELHI: Batsman Joe Root has backed Alastair Cook to remain as England skipper, hailing him as a “brilliant leader” despite the team’s woes on their current tour of India.

Root, widely tipped to succeed Cook when the veteran skipper does make way, played down talk that he was ready to take the helm by telling reporters he was happy with his role in the team.

Cook’s future has been called into question after he admitted just before the tour that he could quit at the end of the five-Test series and that he was finding it hard to be apart from his family for long stretches.

After drawing the first Test, England suffered heavy defeats in the next two matches and must win their next contest in Mumbai to have any chance of saving the series. But regardless of the outcome, Root played down the prospect of a change in leadership after the team return home in time for Christmas.

“I think he is pretty set on captaining for a few years to come and I hope he does because I think he is a brilliant leader and I’ve really enjoyed playing under him,” said Root.

“I’m quite happy with the role I’m playing at the moment and you want to do what is right for England and the side.

“And genuinely, honestly, I think he is the right man. Hopefully, we get these results we want in the last two games and we can put right what has been quite a frustrating last couple of weeks,” he added.

After becoming a father for a second time last month, the 31-year-old Cook admitted that he found the long England tours a wrench, while insisting he remained deeply proud of captaining his country.

England to put their feet up before fourth Test

The left-handed opener, who recently overtook Michael Atherton’s record of 54 Tests as England captain, no longer plays limited-overs cricket but has been a permanent fixture in the Test side for the last decade.

Despite his team’s stumbles in India, Cook’s own form has held up and he scored his 30th Test century in the opening match.

Root, who is himself averaging nearly 50 in India, acknowledged that Cook may be missing his family but insisted he was coping well and that other batsmen had to step up to the plate.

Jennings, Dawson called up by England

“You could put a lot of blame on Cooky but actually it is the responsibility of the batters to make those big scores,” he said.

The fourth Test begins in Mumbai next Thursday ahead of the final match in Chennai which begins on December 16.