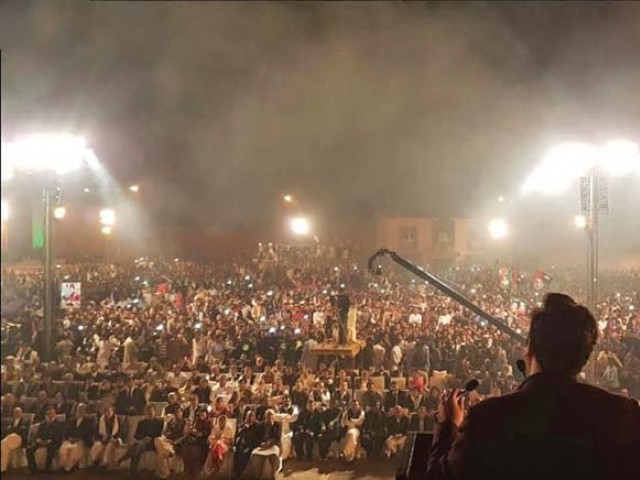 LAHORE: Pledging to bring revolutionary reforms in the country through a revitalised Pakistan Peoples Party, Bilawal Bhutto Zardari on Wednesday hit out at the judiciary and accountability institutions for their “double standards”.

Addressing the opening session of the party’s 49th Foundation Day gathering at Bilawal House in Lahore, the party’s young chief asked: “Why was Zulfikar Ali Bhutto hanged? And why were Benazir Bhutto’s assassins allowed to live freely?”

“Is it fair that former president [and PPP’s Co-chairperson] Asif Ali Zardari had to spend 12 years of his life behind bars for nothing? Is it fair that the PPP’s former prime minister Yousaf Raza Gillani had to face conviction for not writing a letter?” he asked.

Bilawal said ‘courts and accountability’ institutions have been silent over the rulers’ alleged involvement in the Panama Papers — the biggest scandal of the world. “Neither the world nor the PPP considers this justice,” he said.

He renewed his demands for a ‘democratic accountability’ of the government on Panamagate scandal, counterterrorism efforts going on under the National Action Plan and foreign policy. He also called for socio-economic justice in mega projects like the China-Pakistan Economic Corridor (CPEC).

The PPP chief asked Prime Minister Nawaz Sharif to accept his four demands or get ready for a ‘damadam mast qalandar’ where a revitalised army of Bhutto supporters was getting ready to take to the streets.

“Don’t compel us to resort to street protests. If Bhuttos take to the streets, the whole country will come out and the rulers will not find any escape,” he claimed.

He announced that his party is planning to unveil a new practical and progressive manifesto.

“A new practical and progressive manifesto is in the offing. The country needs broad-based reforms in economy, social sectors, civil bureaucracy and judicial system of the country,” he said.

Bilawal defended his party’s last government and rebuffed claims that it failed in delivering to the country. “We accept our faults. For the first time in the country, the PPP transferred power democratically; it empowered provinces with the passage of 18th Constitutional Amendment; provided them financial autonomy through the National Finance Commission; provided foundation for the CPEC by Gwadar port to China and started the Benazir Income Support Programme (BISP) to end poverty.”

He said the party was going through a process of reorganisationand heading towards intra-party elections. Once this phase is completed after constitution of the Central Executive Committee (CEC) on December 27, the party would start its democratic struggle afresh.