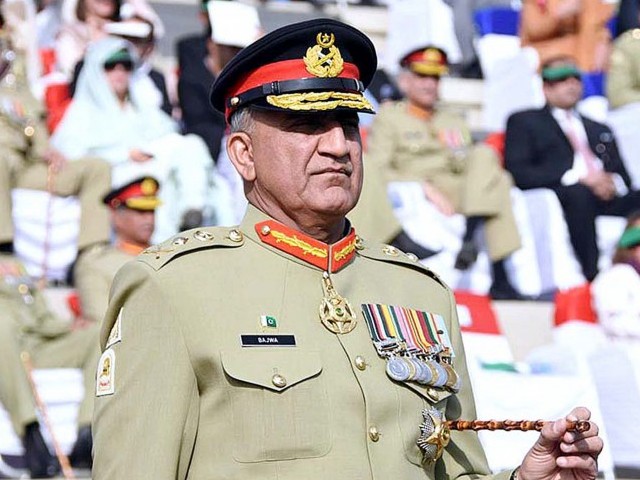 Gen Bajwa was presented a guard of honour by a smartly turned out contingent of the Pakistan Army. He also visited Yadagar-e-Shahuda upon his arrival at GHQ where he laid a floral wreath and offered a prayer.

On his first day in office, Gen Bajwa offered hope that the volatile situation along the Line of Control (LoC) will improve soon.

Tension between Pakistan and India has ratcheted up in recent months, leading to almost daily cross-LoC shelling. Dozens of people – mostly civilians – have been killed by unprovoked artillery and small arms fire by Indian border guards.

Soon after assuming charge as the 16th chief of army staff, Gen Qamar told journalists in an informal interaction that the situation ‘will be alright’ in the near future, according to the state-run APP news agency.

His optimism was contrary to the grim situation on the ground where the two nuclear-armed neighbours in recent weeks not only exchanged fire but also hurled threats at each other.

Also, his statement was in contrast to the outgoing army chief General Raheel Sharif, who used his farewell address to warn India against any misadventure against Pakistan.

Unlike the outgoing army chief, Gen Qamar avoided using rhetoric in a move that apparently suggests that he may go for a fresh start and that his approach may be different. He is seen as an expert on Kashmir affairs and the LoC since he has spent considerable time of his professional career on these areas.