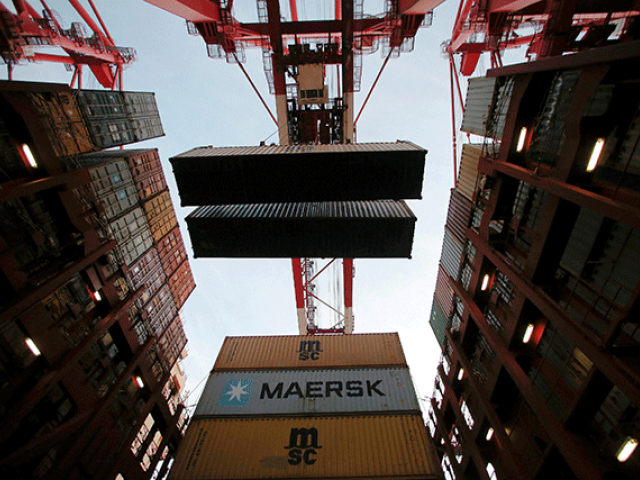 ISLAMABAD: Iran has not responded yet to Pakistan’s proposal of a Free Trade Agreement (FTA) between the two countries, a highly-placed source said on Sunday.

The proposal was made following Iranian President Hassan Rowhani’s visit to Pakistan in March when both the countries had decided to boost bilateral trade from $1 billion to $5 billion over the next five years.

Last year, Islamabad and Tehran had reached an understanding during the 7th Pakistan-Iran Joint Trade Committee meeting in the Iranian capital to increase the volume of trade.

Commerce Minister Khurram Dastgir Khan, who headed the Pakistani delegation, had expressed concern over arbitrary and unilateral import bans, high textile tariffs and the import authorisation system and called for early elimination of all non-tariff barriers under the 2006 Preferential Trade Agreement (PTA).

However, commerce ministry officials are confident that both the countries would resolve their differences in due course of time because there is a strong urge on both the sides to honour the agreements reached between Prime Minister Nawaz Sharif and President Rowhani.

“The Pishin-Mand and Reemand-Gadb routes would play a significant role in boosting bilateral trade to $5 billion,” he said on the condition  of anonymity.

Officials and business circles in Pakistan hoped that the lifting of economic sanctions on Iran could open up massive trade opportunities for both the countries.

“Their bilateral trade can get a boost if both the two sides encourage border markets along their 930km-long frontier.”

The single border post at Taftan not only facilitates the travel movement, but also caters for trade on both sides of the border. Opening of new trade posts along the border, both on the Pakistani side — were agreed between the two countries during Dastgir’s visit to Teheran.

Reemdan-Gadb is highly significant because it connects Gwadar with the Iranian port city Chabahar. During Rowhani’s visit, both the countries had declared Gwadar and Chabahar as sister ports.

Another important factor, contributing towards enhancing bilateral trade, is the blood relationship that exists between the Baloch living on both sides of the border which is driving the two countries to facilitate border trade.

According to estimates by Quetta and Zahedan trade and business chambers, in the commodities the two countries can have tradable items worth $1 billion to $1.5 billion while the inclusion of the IP gas pipeline project and the import of 3,000 megawatt electricity from Iran to Pakistan would easily add another $2 billion to bilateral trade.

The trade is likely to receive further boost due to the improved security situation in Balochistan. The planned joining of Iran in the China-Pakistan Economic Corridor in the near future would not only help both the countries to have new avenues for more economic cooperation, but would also contribute towards creating an atmosphere for exemplary diplomatic relations.

Similarly, the so-called ‘IPI peace pipeline project’ — now a ‘Friendship Pipeline’ — could move towards China. If gas can go to China, so does the pipeline.

However, analysts have expressed concern that US president-elect Donald Trump, who threatened to ‘scrap or renegotiate’ the nuclear deal with Iran, may try to derail the agreement under pressure from Israel.

Although Iranian leaders are putting up a brave face, Iranian media commentaries are fearful of a fallout if the nuclear agreement was scrapped. Such an eventuality would entail negative repercussions on trade between Pakistan and Iran.