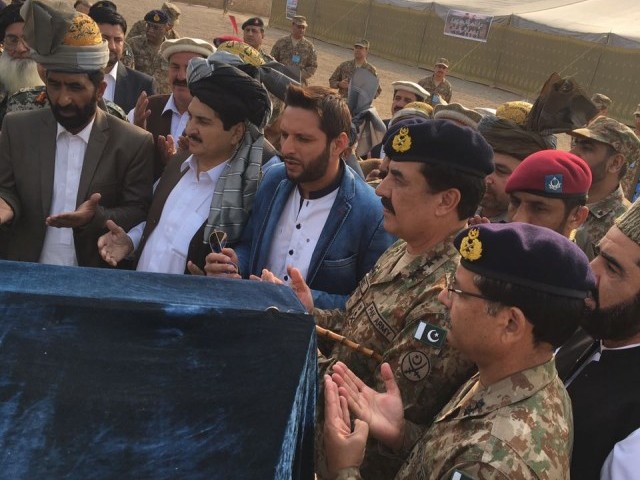 The stadium named Shahid Afridi Cricket Ground has been set up by the Pakistan Army in recognition of his commendable services for the country.

You are a national hero and I wish you the very best in your days ahead. May Allah Bless you more. PakistanZindabad pic.twitter.com/P0sQEHv5BO

Afridi returned home from the ongoing Bangladesh Premier League to attend the ceremony.

Fruitful day for Pakistanis in BPL

An honour & privilege to inaugurate stadium in Khyber Agency with COAS RaheelSharif. You are Pakistan's hero and my hero too1/2 pic.twitter.com/nek2ADKbHm 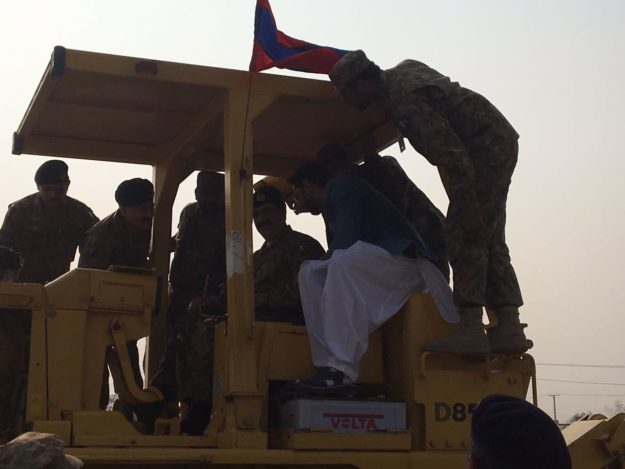 The army chief is currently on his farewell tour of the country as he is set to retire at the end of the month.

Gen Raheel also gifted a pistol to Afridi. “What a beautiful gift by COAS Gen Raheel Sharif!,” the cricketer shared the photo on his Instagram account.

What a beautiful gift by COAS Gen Raheel Sharif !