Bringing India’s transgenders into the mainstream

Bringing India’s transgenders into the mainstream

Develo­pments in the law in India are set to change discri­minato­ry condit­ions.
By Urvashi Butalia
Published: February 26, 2011
Tweet Email 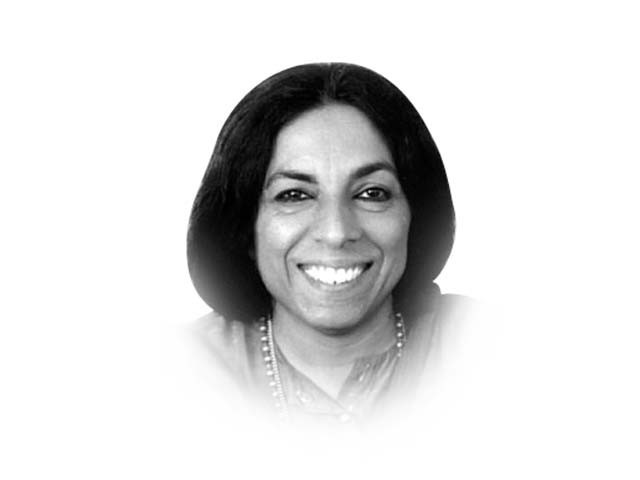 The writer is director of Kali for Women, India’s first feminist publishing house, and author of several books including The Other Side of Silence: Voices from the Partition of India urvashi.butalia@tribune.com.pk

For the last decade or more, I’ve been working with Mona Ahmed, a hijra, on writing her life. Mona lives in a large compound called Mehendiyan — named after the mehendi trees that once dotted its gardens — close to the walls of the old city of Delhi. Here, local lore is still rife with the stories of a legendary hijra couple, Sona and Chaman, whose lives were split, like those of millions of others, at Partition. Tall, handsome and striking to look at (Sona died some years ago but Chaman is still around, ninety years old, stunningly beautiful), Sona and Chaman were forced to think of nationalities at Partition, and while Sona left for Pakistan, Chaman stayed on in India.

Mona is Chaman’s chela. Ostracised from her community, she now lives on her own and faces a difficult life. India and Pakistan are among the few countries in the world where eunuchs still exist. Deprived of their traditional roles as caretakers of harems, their main occupations are badhai, the offering of blessings in return for money, or begging or sex work. Seen to be outside the pale of ‘normal’ society, they can’t really seek employment anywhere, nor do many of them have the necessary documentation that marks them as citizens with entitlements and rights.

But recent developments in the law in India are set to change such discriminatory conditions, not only for hijras, but for the wider community of transgenders and people in same-sex relationships. In September of 2001, a well-known NGO, the Naz Foundation, filed a public interest litigation in the Delhi High Court to challenge Section 377 of the Indian Penal Code. Their contention was that this proviso, which penalises what it calls ‘unnatural sex’ — mainly sex between men — was against the Indian Constitution and violative of fundamental rights. Eight years later, in July of 2009, the Delhi High Court pronounced that Section 377 should be read down to exclude consensual sex between adults. “‘We declare,” Chief Justice AP Shah and Justice S Murlidhar said, “that Section 377 IPC, insofar as it criminalises consensual sexual acts of adults in private, is violative of Articles 21, 14 and 15 of the Constitution.”

Widespread celebration greeted this judgement, seen to open the door for the open expression of sexuality, especially between people of the same sex, particularly men and transgenders. The Naz petition also made the link with the threat of HIV/AIDs, claiming that forcing consensual sexual relations between adults of the same sex to go underground increased the difficulty of addressing the spread of HIV/AIDs. But, while the expression of sexual preference and the act of consensual sex had now been freed from the shackles of criminal law, many injustices still remained, particularly for eunuchs and transgender people. It is only recently that the Indian Passport Office gave recognition to what is now known as the ‘third gender’, and hijras wishing to identify themselves as such can now do so.

More, the Indian Census, enumeration for which began earlier this month, will no longer remain blind to hijras and transgender people, but will include a new identity — male, female, other — which can be claimed by transgender people. This development follows on an earlier move (2009) to issue voter identity cards that recognised this category of ‘other’. The process of decriminalising hijras, transgenders and people who want to live in same-sex relationships has begun.

But recognition is one thing, amalgamation into ‘normal’ or ‘mainstream’ society is quite another. Hijras may now be counted in the Census, or be able to cast their votes, but will they get jobs? Things have begun to move on this front too — on paper, at least. A recent suggestion by the chief justice of the Madras High Court that there should be reservations for the third sex in government jobs and education has been the catalyst for a discussion on the rights and entitlements of people on the margins of society. Tamil Nadu is the one state that has pursued an open policy towards transgender people, giving them the title of Aravanis, or people of the forest, and setting in place a number of supportive measures, including the setting up of a special state welfare board.

The Karnataka government passed a resolution entitling them to 15 per cent reservation under category 2A of the Backward Class Commission, and the Municipal Corporation of Delhi recently announced a monthly pension scheme for transgender people. And the National Legal Services Authority has now included transgenders in the definition of marginalised groups, which entitles them to receive free legal aid. Revathy, a hijra from Tamil Nadu and author of a book about her life, says these developments will help her and other hijras. “I want to use all the experience I have gained to help people in my community,” she says.

Social acceptance, though, has been slow in coming. Hijras still remain marginalised, as do people in same-sex relationships. Recently, a group of parents, among them high profile people like film director Shyam Benegal, went to court against a motley group of people — mainly religious groups or self-appointed defenders of ‘culture’ and ‘family values’, who are opposing the reading down of Section 377. The parents have joined together to come out in defence of their homosexual and lesbian children. Their contention is that the family is a social construct that changes with time, that they are proud of their children and families, many made up of young and old people in same-sex relations, and that there’s nothing ‘unnatural’ in love, whether it be with people of the opposite sex, or with those of the same sex.

These parents contend that sexuality is something that is deeply personal and its expression cannot and must not be criminalised. Or, as one of the petitioners, Vijayam PS, put it rather pithily, “sexuality is not for procreation. Why do gents go to sex workers? For procreation? No. They are going there just for fun, think of it. Ya!”