Gigi Hadid got roaste­d for her imitat­ion of Melani­a Trump at the recent Americ­an Music Awards­
By Tanuj Garg
Published: November 23, 2016
Tweet Email 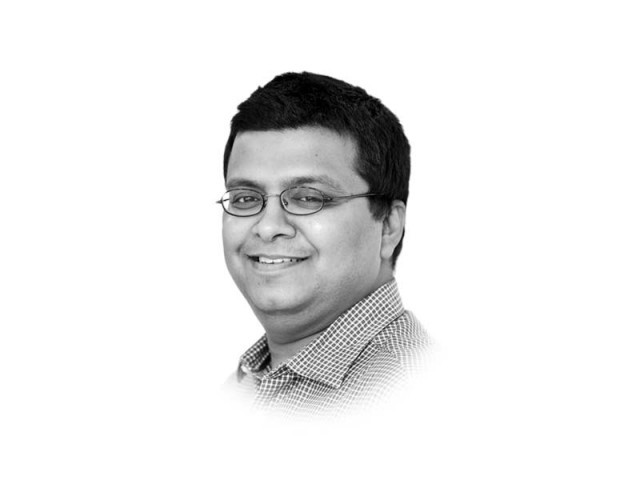 Gigi Hadid got roasted for her imitation of Melania Trump at the recent American Music Awards. Deafening cries of racism were heard all around. Now Melania Trump we all know, or ought to know. But “who is Gigi Hadid”, wouldn’t be an unfair question. Among the few early twenty-something Palestinian-American chicas and college drop-out who’s ended up making disproportionate money as a supermodel, largely thanks to her claim to fame as Zayn Malik’s squeeze.

So sincere is Hadid towards her “craft” that she worked on her impression all week to get her face right. “I love my husband, President Barack Obama and our children Sasha and Malia,” Hadid said through pouted lips, distorted face and a fake accent, mocking Melania’s RNC speech that plagiarised material from a speech given by Michelle Obama. Watch the video if you care to; she does come across as a mean girl in high school, but I still don’t get the fuss. She was paid a handsome amount to mock Melania; she did it and banked the cheque. The imitation could have been less cringe-worthy than what it was, but then we’re talking Gigi Hadid, who is far from being classy or an actress. Also, it’s a classic case of double standards considering that Hadid herself is the product of a Dutch mother and Middle-Eastern father, so if anything, she should welcome diversity, not mock it.

I have nothing against the Trumps. I suppose that being hugely controversial (and somewhat infamous), being a public figure has its disadvantages. You get the bouquets, you get the brickbats, more the latter. It also doesn’t help that Trump himself insults people left and right, calls them names, demonstrating little or no respect. You reap what you sow, so the hue and cry over Gigi’s impression of Melania is absurd. Earlier this year, Jimmy Fallon had mercilessly mocked Melania’s copied speech in a hilarious skit. This is only the beginning of many more to come. Barack Obama and Michelle have had to endure several racist comments about them. Rahul Gandhi and Bilawal Bhutto Zardari in our part of the world are constant recipients of below-the-belt jibes. Melania should be chuffed that despite all the criticism heaped on her, she is ultimately the First Lady of the United States of America, and till she is perched in the White House, anyone with a microphone will feed off her celebrity status by making swipes at her.

1) Last week Mumbai was in the grip of Jay Z and Coldplay, who performed for the first time in India at the Global Citizen Festival 2016. And while the audience swooned over these mega performers during the unforgettable night, what completely blew my mind away was the jamming between AR Rahman and Coldplay front-man, Chris Martin, on ‘Vande Mataram’. To say it gave me goose-bumps would be an understatement. There wasn’t one whose eyes didn’t well up. The Uri attack and the spate of border atrocities are fresh in the mind.

2) A Lahore-bound PIA flight from Toronto had to land in Manchester when all the toilets were blocked after a passenger supposedly threw something solid down one of them. I don’t want the details of what was thrown. Whatever it might be, for someone to display such ignorance, filth and insensitivity to others, is deeply appalling.

3) The day after her defeat, even Hillary Clinton’s hair dresser and make-up person had seemingly deserted her. She gave a speech without a scrap of war-paint on her face, looking exhausted, wrinkled and run down. Can’t say I blame her for looking this scary. This will be remembered as one of the most vitriolic and embarrassing defeats in American political history.

Less poor but no richer