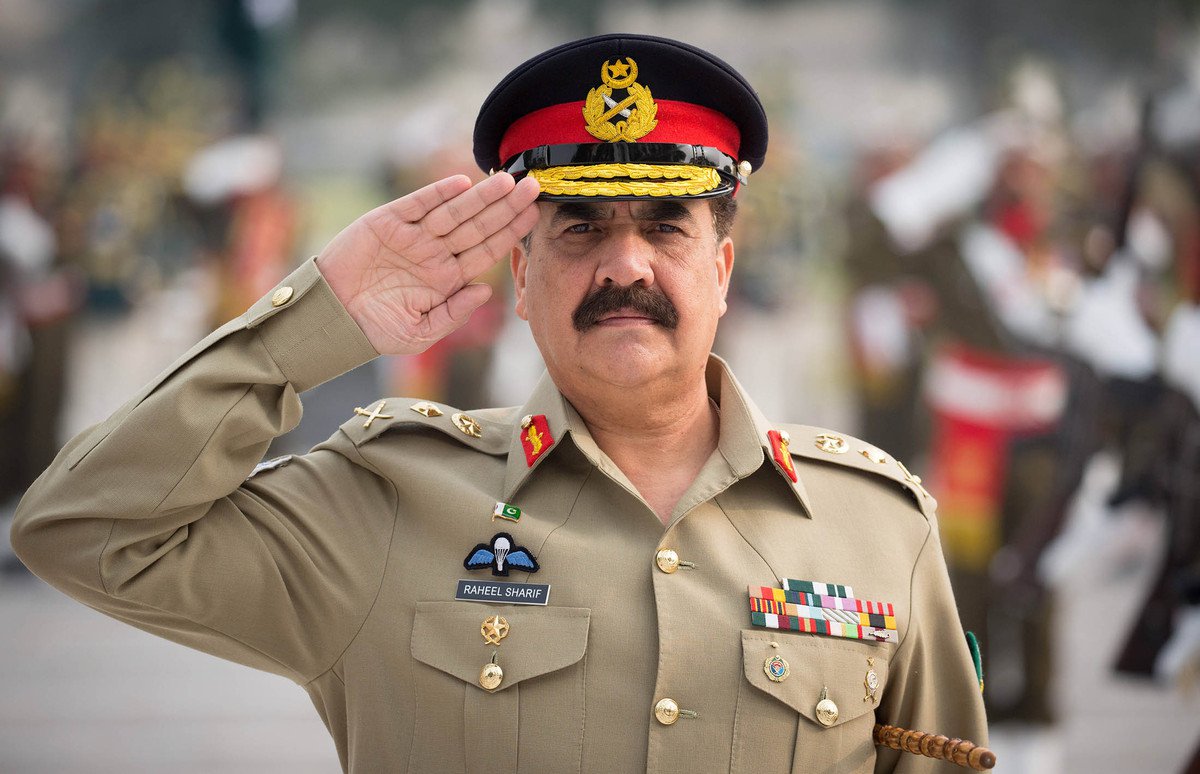 No body knows what transpired behind the scenes until November 21, when the ISPR officially gave away General Raheel Sharif’s address to a gathering of Army and Rangers personnel as a “farewell call.”This ended the suspense around the General’s future. All this ensured despite his announcement back in January in which he had declared not to seek any extension. With General Sharif’s honourable exit, Pakistan achieves another milestone; within eight years, full democratic transition and a smooth security leadership transition.

General Sharif appeared as an untiring soldier switching between the GHQ, visits to border and trouble spots such as Karachi and Quetta. He seemed to have taken the December 16, 2015 attack on the Army Public School as a personal tragedy and an institutional challenge. The National Action Plan and his rigorous perusal of national and provincial apex committees stemmed from his resolve to take on terrorists disguised as Islamists. He built on the string of operations — Bajaur in August 2007, Swat and South Waziristan (May/October 2009 respectively), under General Kayani. The latter turned the Pakistan Army into a hardened counter-terror and counter-insurgency force, while General Sharif took this operational capability to new levels with the Operation Zarb-e-Azb. This won him appreciation all over the globe. In this perusal, though, the General at times intruded into the foreign affairs domain, causing discomfort within the civilian power corridors. This overstepping often flowed from indecision or inaction by the civilians when it came to dealing with challenges on the eastern and western borders and provided reasons for discord with the civilian leadership.

Largely, the General’s departure is socio-politically significant. Firstly, an uncontroversial change of the COAS-baton, underscores the growing maturity of the Pakistani society with all stakeholders exercising restraint and mindful of the hazards of unilateral decision-making. National and regional circumstances have enforced an undesired “cohabitation” on both the military and the civilian leadership ever since Asif Ali Zardari’s elevation to the presidential position in 2008.

Secondly, the General’s departure also shatters another myth — real or perceived — that Washington determines the top civilian and military leadership in Pakistan. Bruce Riedel, former CIA officer and senior advisor to four US presidents, for instance, wrote in his book Deadly Embrace: …Washington worked behind the scenes to secure an extension in the tour of duty of chief of army staff Ashfaq Pervez Kayani, which was due to expire in mid 2010. The Gillani government, which had its own reasons for keeping Kayani in office, gave him an unprecedented three-year extension.” This time around the US establishment was busy in elections and thus inactive on Afghanistan. Should one assume that there was no one in Washington to engage the Pakistanis as to whether the incumbent should be persuaded to stay or who should be the next COAS? Thirdly, General Sharif’s exit may ease off pressures that had hamstrung the government, yet it resonates an unambiguous message to the political leadership; individuals don’t matter for institutions. It is their collective wisdom, professionalism and commitment that keeps the institutions evolving. The system keeps throwing up leadership through the consultative process that is known as the Corps/Formation commanders’ conference. Fourthly, General Sharif’s conduct offers some soul-searching for the civilian leadership; rather than scheming and intriguing, let us focus on the job that the voters and the institutions place on you.

Lastly, if Chinese officials familiar with the military were any indicator, Beijing considered General Sharif and the army as the guarantors for the CPEC. General Sharif could have used this trust for personal gains. But he preferred national over personal interests — unlike the stories surrounding lucrative deals being cut and awarded to the kith and kin of the civilian rulers.