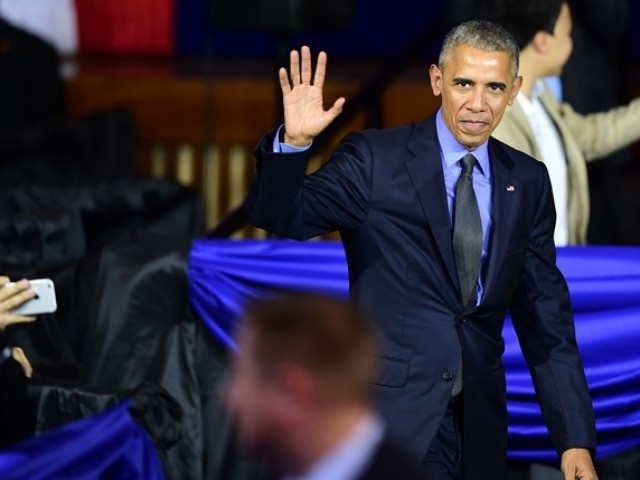 US President Barack Obama waves upon arrival for a meeting with youngsters at the Pontifical Catholic University of Peru PHOTO: AFP

US President Barack Obama on Sunday refused to say whether he was considering the dismissal of National Security Agency chief Admiral Michael Rogers, but suggested he was looking at how cyber defenses are organized.

“Admiral Rogers is a terrific patriot and has served this country well in a number of positions,” Obama said at a press conference in Peru, amid suggestions that key intelligence and defense officials want him to be dismissed after a series of security breaches.

“I generally don’t comment on personnel matters here. I can say, generally, that we have spent a lot of time over the last several years looking at how we can organize our cyber efforts to keep pace with how rapidly the environment is changing.”

On Saturday, US media reported that top US military and intelligence leaders were pushing Obama to fire Rogers, even as Rogers was apparently being considered for a senior position in President-elect Donald Trump’s administration.

Rogers, who also heads US Cyber Command, has been at the helm of the NSA and its Central Security Service since 2014, in the wake of a massive leak by former intelligence contractor Edward Snowden linked to broad surveillance methods.