The GPS device reveal­ed that Davis has been to Islama­bad, Lahore, Peshaw­ar and some tribal areas of the countr­y.
By Asad Kharal
Published: February 25, 2011
Tweet Email 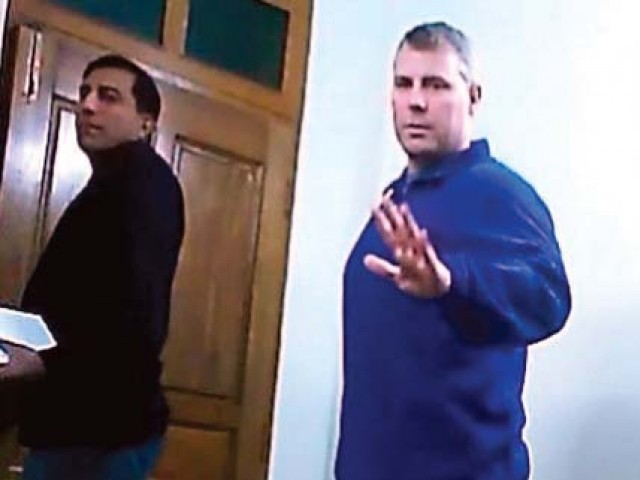 Report prepared by FIA reveals the US citizen has also been to tribal areas. PHOTO: EXPRESS

LAHORE: The Counter Terrorism Wing (CTW) of the Federal Investigation Agency (FIA) has submitted a report to the Punjab police on the data recovered from Raymond Davis’ cell phones and other devices seized from his possession, The Express Tribune has learnt.

Davis’ belongings, that included two cell phones, sim cards, a wireless set and a GPS device, were sent by the Punjab police to the interior ministry for detailed forensic analysis.

The GPS device revealed that Davis has been to Islamabad, Lahore, Peshawar and some tribal areas of the country. Investigators believe that the report will be helpful in the probe, particularly regarding anti-Pakistan activities and spying charges.

Capital City Police Officer (CCPO) Lahore Muhammad Aslam Tareen told The Express Tribune that he has not received the report yet.

“I am not able to comment before seeing the report,” he added.

The 300-page report also carries the ‘expert opinion’ of deputy director forensic CTW while the methods of retrieving the data have also been detailed. Sources said that the tools and technologies used to extract the evidences are admissible in a court of law.

Due to a reporting error in an earlier version of this article, the GPS device was incorrectly stated as a GPRS device.

Caught in the middle: As coalition teeters, many in Punjab wait for Zakat