Snapchat's youthful founders show no fear in race to IPO

Snapchat's youthful founders show no fear in race to IPO

Many tech invest­ors see Snapch­at as the next Facebo­ok
By Reuters
Published: November 19, 2016
Tweet Email 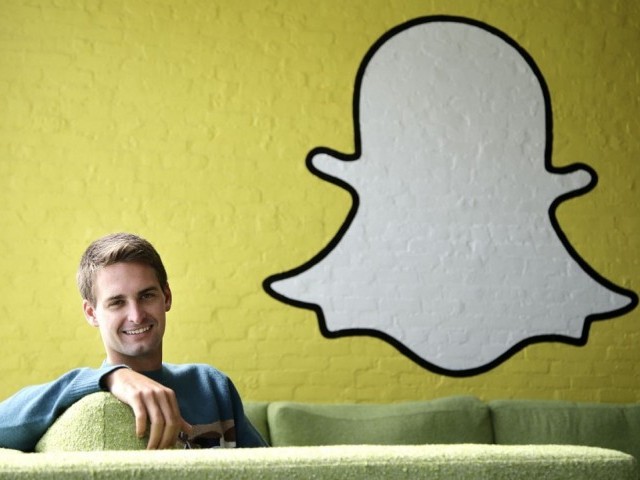 Many tech investors see Snapchat as the next Facebook. PHOTO: REUTERS

Snap Inc, the red-hot messaging company, is seen by many tech investors as the next Facebook or Google, but its youthful founders are pushing far more aggressively than its predecessors in moving from scrappy startup to public company.

At a time when it is fashionable in Silicon Valley to stay private as long as possible, Snap is planning an initial public offering valuing it at more than $20 billion just two years after it first began to generate revenue, even though it has plenty of cash and ample opportunity to raise more on the private markets. It is expected to be the biggest US tech IPO since Facebook Inc’s 2012 debut.

Imran Khan, a former Credit Suisse banker who played a big role in the Alibaba Group Holdings Ltd IPO in 2014, is emerging as a key figure in his role as chief strategy officer.

Some investors remain concerned, however, that the combination of an inexperienced management team and a sky-high valuation could be problematic.

“It is a very clearly inexperienced team leading a company that’s asking for two things: a huge valuation and a very aggressive multiple,” said Max Wolff, a market strategist at 55 Capital. “Once you start asking public investors for 30x earnings, the tolerance for mistake, misadventure and learning on the job goes down.”

Questions about the management team have lingered after a string of senior executives left following short stints with the company.

High-profile departures include Emily White, who joined as chief operating officer from Instagram at the start of 2014 and quit after just more than a year, according to her LinkedIn profile. Mike Randall, who joined Snap from Facebook, left last year after less than a year as head of business and marketing.

The executive ranks have since stabilized, and executives such as finance chief Drew Vollero and hardware guru Steve Horowitz have decades of experience. Still, the departure of Jia Li, one of the highest-ranking women at the company and its head of research, to join Alphabet Inc’s Google this month left another high-level opening.

“I think Snapchat struggles with leadership,” said Dave Carvajal, an executive recruiter for tech companies. “Just because something is a great idea, it still has the very real challenge of bringing in the right people.”

Spiegel, an enigmatic figure who choose to locate the company in the Southern California beach town of Venice rather than Silicon Valley, has not followed the example of Facebook founder Mark Zuckerberg, who partnered early on with Sheryl Sandberg, a former Treasury Department official and Google executive. Google co-founders Larry Page and Sergey Brin initially ceded the CEO role to veteran technology executive Eric Schmidt.

“I think (Spiegel) is a sole dictator type,” said Lyon Wong, co-founder and partner at venture firm Spectrum 28, and former partner at Lightspeed Venture Partners, a firm that made multiple early investments into Snap.

Hemant Taneja, a managing director at the venture capital firm and Snap investor General Catalyst, pointed to Khan as a key figure in the run-up to the IPO.

“I think that hire was critical and they work very well together,” Taneja said. “He has taken a lot of things off of Evan’s plate so he can focus on what he does best.”

Taneja said the turnover may be more indicative of Spiegel constantly upgrading the talent in his ranks.

“I think that Snapchat does everything in an unconventional way,” Taneja said. “Comparing it to Facebook or another company is an incorrect way to think about it.”

Wolff also noted that the company may yet bring in more experienced managers and board members ahead of the IPO.

Snap, valued at about $18 billion, has raised roughly $2.5 billion from investors including mutual fund Fidelity Investments, Sequoia Capital, T. Rowe Price and Alibaba. It raised $1.81 billion as recently as May, according to regulatory filings.

The windfall of cash just six months ago, however, did not slow Snap’s IPO talks, which have been ongoing for at least a year, according to sources familiar with the matter. An IPO early next year may help Snap capture pent-up investor demand after a prolonged IPO drought, while also getting out in front of other hotly anticipated debuts from Uber Technologies Inc and Airbnb.

“It could be easier to tell your story because everyone will be focused on you and ready for you to make your move,” said Hans Tung, managing partner at GGV Capital. “There will be a lot of demand for this stock.”

Some investors said the marketing boost and visibility that comes with an IPO is crucial to help Snapchat get more users outside the United States – and outside its dominant user base of millennials. Snapchat says it has more than 150 million daily active users.

“The goal of the company is to grow as fast as possible,” venture capitalist Wong said. “And there are no more 16-year-olds for them to get onto the platform.”

An IPO will give the company a more mature image that will appeal to advertisers, investors said. Snap has told investors to expect $1 billion in advertising revenue in 2017, according to sources familiar with the matter.